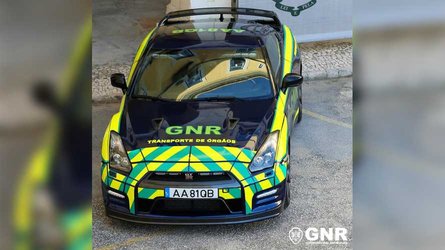 The Portuguese National Republican Guard performs a host of various public safety functions inside the country, including transporting organs. That effort will get easier with a new addition to the Guard’s stable – a Nissan GT-R. It’s quite common for high-powered supercars to find their way into police and military fleets, though they often serve in ceremonial or promotional positions. That won’t be the case for this GT-R.

The Guard posted one lone pic of the supercar in its uniform – a black coupe with a yellow-and-green livery. On the hood are the Guard’s initials printed in large letters over the “Transporte De Órgãos” (Organ Transport). Details about how the Guard came into possession of the GT-R are thin, though the organization did post on Facebook that the Nissan, along with another vehicle, were seized in criminal cases. It’s not uncommon for police to repurpose such vehicles, especially the cooler makes and models.

The GT-R appears to be an early 2010s model that came before the 2017 redesign. It sports Nissan’s twin-turbocharged 3.8-liter V6, a six-speed dual-clutch automatic gearbox, and all-wheel drive. The engine’s output depends on the year, though the car should be making between 485 horsepower (362 kilowatts) and 434 pound-feet (588 Newton-meters) of torque and 545 hp (406 kW) and 463 lb-ft (628 Nm). Regardless, the GT-R can scoot, clocking blisteringly quick zero-to-60 (96 kilometers per hour) times of around three seconds.

Over the last 10 years, the Portuguese National Republican Guard has helped deliver 2,836 organs while traveling more than half a million kilometers (310,000 miles) to do so. The Guard will post the GT-R in Lisbon and Porto, where it’ll help save lives. It’s nice to see such a powerful performance car get repurposed in a way that utilizes the power that’s available under the hood.

We will get state-owned entities back into shape eventually, insists DPE 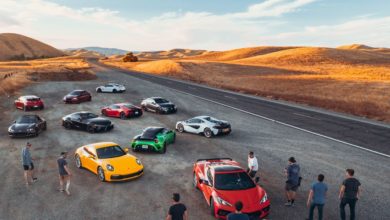 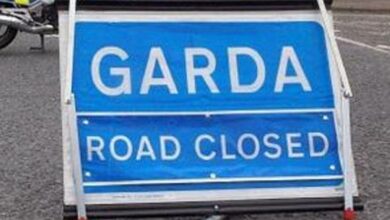 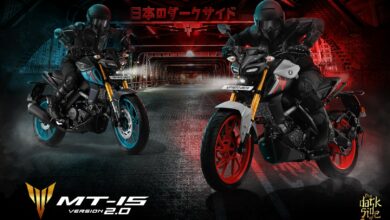 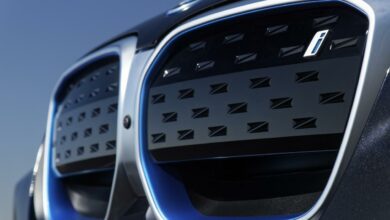 Why the first Chinese BMW is a winner – NEWS.com.au