• Ford South Africa announced that the Mustang Mach 1 will go on sale locally.

• Only 90 Mustang Mach 1 units will be brought to our market.

Ford South Africa will soon bolster its Mustang range with the addition of the Mach 1 Fastback coupé. This car will be powered by the same 5.0-litre V8 engine as found in the Mustang Bullitt, but boasts several mechanical and aerodynamic updates over that model. Ford SA confirmed that it would only bring 90 units to the local market, but pricing and arrival date will be announced at a later stage.

Doreen Mashinini, general manager for marketing at Ford South Africa, says: “The Mustang has achieved legendary status as a performance icon around the world, and in South Africa too. The remarkable success of the Mustang Bullitt proved that South Africans have an appetite for exclusive, limited-edition models, and we are proud to extend the Mustang’s rich heritage with the launch of the Mach 1.

“Like the 1969 original, the Mustang Mach 1 bridges the gap between the standard Mustang GT and the high-performance Shelby models, delivering V8 power, unique functional aerodynamic enhancements, competition-capable suspension upgrades and a driver-focused cockpit.” While we can only entice our senses as we anticipate the Mach 1’s arrival, Ford South Africa said that the car will be the most track-capable 5.0-litre Mustang yet, courtesy of a newly designed front end, plus Ford Performance parts derived from the Mustang Shelby GT350 and Shelby GT500 models. With 338kW and 529Nm on offer, Mach 1 buyers that desire the most engaging driving experience can select the high-performance six-speed manual transmission derived from the Shelby GT350, or there is the option of Ford’s high-tech 10-speed automatic. Both transmissions receive numerous performance, cooling, and calibration enhancements that are specific to the Mach 1.

Visually, the Mach 1 is easily identifiable by the bold Mach 1 grille that pays tribute to the original, along with extensive use of low-gloss Magnetic dark grey and black accents. This is complemented by a rear spoiler that helps the Mach 1 generate 22% more downforce than the Mustang GT with Performance Pack, which is standard in South Africa and a rear axle cooling system and lower diffuser sourced from the mighty Shelby GT500.

New 19-inch five-spoke Tarnished Dark-painted aluminium wheels are a modern interpretation of the classic Mach 1 Magnum 500 style wheels, fitted with 255/40R19 tyres in front and 275/40R19 versions at the rear. Ford says to further improve the Mach 1’s ride and handling, the car features the latest MagneRide adaptive suspension, new performance-oriented electric power steering calibration, stiffer sway bars and front springs, an upgraded brake booster, a rear subframe with stiffer bushings and a rear toe-link from the Shelby GT500. And, as expected of a track-focused Mustang, the available Drive Modes includes a Track mode and Track Apps with Launch Control.

All units destined for South Africa are painted in distinctive metallic Fighter Jet Grey with the Appearance Package as standard. Other distinctive elements include satin black bonnet and side stripes with orange accents and orange-painted brake callipers. Additionally, the front fenders feature the legendary ‘Mach 1’ badging which reaffirms this model’s iconic lineage. Australia is looking at the possibility of vaccine passports 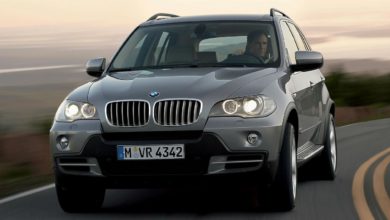 Toyota is Australia’s best car brand according to YouGov survey