A joint meeting of Parliament’s Standing Committee on Finance and Select Committee on Finance determined that it would like to get a briefing from Finance Minister Tito Mboweni on zero-based budgeting, its implications and its status in terms of government strategy and fiscal policy.

The joint meeting was considering and adopting a committee report on the 2021 fiscal framework and revenue proposals, related to the Budget Speech tabled by Mboweni in Parliament in late February.

Zero-based budget is a method of budgeting that involves starting each year or period from the assumption that funding is being sought for each expense that the budget is expected to cover from scratch, with justification required for every individual expense.

The rational of zero-based budgeting is for government at a central level to get a clear sense of the spending various departments and entities are doing. The zero-based budgeting model is currently being piloted in the Department of Public Enterprises and monitored for results.

DA MP Dion George said if government continues to give billions of rands to troubled state-owned entities and fails to reign in the public service wage bill, National Treasury’s hands will be tied regardless of the department or Mboweni’s best intentions.

“We are saying that government should take steps to curb its expenditure because we know we have significant problems with the debt. We talk a lot about what Treasury should do but Treasury can’t do anything if irresponsible decisions are being taken,” said George.

EFF MP Floyd Shivambu registered his rejection of zero-based budgeting saying that this the extreme level of implementing austerity measures.

“There is enough evidence even from the Budget Justice Coalition that austerity is not a mechanism to grow the economy or to reduce the debt-to-GDP ratio. It is an extreme form of austerity and this budget is fundamentally based on that nonsensical logic of budgeting,” said Shivambu.

ANC MP Edward Njandu suggested that National Treasury be given the room to implement zero-based budgeting before either of the committees speculate over its status as government policy.

IFP MP Mfakazeleni Buthelezi pushed back, saying that Mboweni was clear about zero-based budgeting being a policy that National Treasury and government at large planned to follow through on, complete with a framework and, as such, should be considered policy.

DA MP Geordin Hill-Lewis said National Treasury was already undergoing 16 spending reviews of spending items, so it is on its way to being policy, if not policy already, and therefore ought to be discussed.

ANC MP Yunus Carrim said the committees were always meant to receive quarterly reports and an explanation from National Treasury on what exactly zero-based budgeting is.

“There isn’t agreement on zero-based budgeting. I don’t think it matters whether it is an official policy or not, because we have read this before. Perhaps we can get a briefing from National Treasury on zero based budgeting and have the committee have its own position on it,” said Carrim.

Carrim said while it was not clear how Treasury looks to apply it or if it is directly applicable, but the joint committee could not pretend that it was not on the agenda. Committee chair Joe Maswanganyi the committee should go ahead and pursue full briefing by the minister.

Freedom Front Plus MP Wouter Wessels said National Treasury already said it would brief the committee on zero-based budgeting and that the committee took a resolution in July that such a briefing would take place. Maswanganyi said the committee would ask Mboweni for a briefing.

Project M Converts Your Pickup Into A Highly Functional Camper 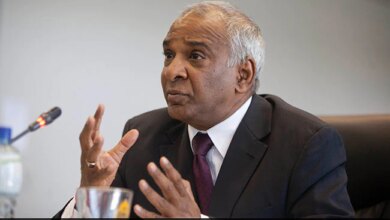 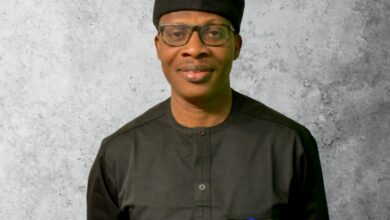