Former “Bachelor” star Colton Underwood has come out as gay.

The 29-year-old reality dating show alum and former NFL player opened up about coming to terms with his sexuality during the past year.

“I’ve ran from myself for a long time; I’ve hated myself for a long time,” Underwood in an interview with “Good Morning America” anchor Robin Roberts Wednesday. “The next step in all of this is letting people know. I’m still nervous… It’s been a journey for sure. I’m emotional in such a good, happy, positive way. I’m the happiest and healthiest I’ve ever been in my life and that means the world to me.”

Underwood, who spent a few years in the NFL after signing with the San Diego Chargers in 2014, began his reality TV stint on Becca Kufrin’s season of “The Bachelorette” before going on to star on “The Bachelor” in 2019. He and his final rose recipient, Cassie Randolph, dated until last year.

Chris Harrison, sidelined host of the “Bachelor” franchise, shared his support for Underwood on Instagram.

“Very proud of you today @coltonunderwood Happy to see you stand up and openly live your truth. You have my love and support my friend,” Harrison captioned a photo of him with Underwood.

The series’ producers also issued a statement in support of the former contestant.

“We are so inspired by Colton Underwood’s courage to embrace and pursue his authentic self,” the executive producers of “The Bachelor” said in a statement to USA TODAY. “As firm believers in the power of love, we celebrate Colton’s journey in the LGBTQIA+ community every step of the way.”

In his 2020 memoir “The First Time: Finding Myself and Looking for Love on Reality TV” (a cheeky reference to Underwood’s much-discussed virginity throughout his appearances on “The Bachelorette,” “Bachelor in Paradise” and then “The Bachelor”), Underwood explored instances of self-discovery throughout his life, from re-learning his identity after his football career to questioning his sexuality.

At one point in the book, he wondered if his hesitancy to sleep with his high school girlfriend meant he was gay.

“Maybe (if I had been gay) it would have helped me to know myself better and sooner. Maybe I wouldn’t have stayed a virgin,” he wrote. “Maybe I wouldn’t have asked ‘Who am I?’ as often as I did and suffered as much angst because I didn’t have an answer. Identity was such a big question mark with me. Yes, I was a football player. But what else was I? Was there anything more?”

Reflecting on his past to “GMA,” Underwood said growing up in the Catholic church and playing football (where a bad play would sometimes be dubbed “gay” as a way of insulting the player) made it difficult for him to accept who he was, though he had an inkling that he was different by the time he was 6 years old.

There were times during his self-discovery that he fell into a “dark” place and sometimes grappled with suicidal thoughts, he added.

Now, after coming to terms with who he is, Underwood noted: “I don’t feel that anymore.”

When he officially became the Bachelor, Underwood recalled praying to God and thanking him “for making me straight.”

Underwood said he has no regrets about appearing on “The Bachelor” (and believes he wouldn’t have come out if not for the franchise) though he is sorry for the way he handled things on the show.

“I just wish I wouldn’t have dragged people into the mess of figuring out who I was,” he said. “I had an internal fight going on. I’m sorry from the bottom of my heart and for the emotional pain it caused… I wish I would have been courageous enough to fix myself before I broke anyone else.”

Last year, Underwood told USA TODAY that he hoped the major takeaway from his book is that no one is alone.

“It’s OK not to have it all figured out,” he said. “I just hope (the book) helps (readers) realize that they’re not alone – that there’s people… going through similar situations.”

He added: “I feel like I’m still learning who I am as a human being and that’s not only my morals and my values and what I stand for, but that’s what I want out of life. It changes and I think that’s completely OK. Now, without football, I can say yes to a million different things and not have to worry about repercussions or focusing too much energy on something else and not another thing. I think that’s the most exciting part right now. And at the same time, it’s also the most terrifying, but I’m OK with that. It’s taken a while for me to get to that stage of being aware enough to know it and bold enough to try it.”

If you or someone you know may be struggling with suicidal thoughts, you can call the U.S. National Suicide Prevention Lifeline at 800-273-TALK (8255) any time day or night, or chat online.

For people who identify as LGBTQ, if you or someone you know is feeling hopeless or suicidal, you can also contact The Trevor Project’s TrevorLifeline 24/7/365 at 1-866-488-7386. 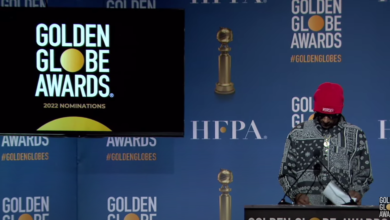 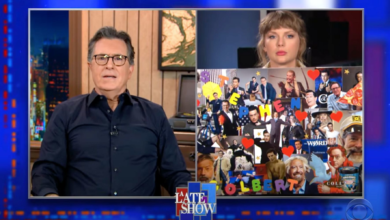