Colton Underwood, a former lead on The Bachelor, came out as gay in a very public way this week in an interview with Good Morning America anchor Robin Roberts. As the news spread, so did reports that Netflix is working with Underwood on a reality show that follows his life as an openly gay man. “I’m gay. And I came to terms with that earlier this year and have been processing it,” Underwood told Roberts on Wednesday. “I’m the happiest and healthiest I’ve ever been in my life.”

The response to Underwood’s revelation has been largely supportive, with many — including Schitt’s Creek star Dan Levy who is openly gay, and alumni and producers of the popular long-running reality dating show — applauding the 29-year-old Underwood for his honesty and sending messages of pride and solidarity.

“I am so proud of you for finally being able to share and live your truth,” tweeted Tayshia Adams, who competed on his season of the series and went on to star in her own season of The Bachelorette, another show in ABC’s reality dating franchise.

But Underwood’s alleged past treatment of Cassie Randolph, the woman he chose on his Bachelor season, has complicated the reactions. After the pair’s breakup in 2020, Randolph, 25, was granted a restraining order against her former boyfriend. She said he’d placed a tracking device on her car, sent her harassing texts and showed up uninvited to her LA apartment and her parent’s home. According to TMZ, she later dismissed the restraining order and asked that the police investigation be dropped.

Following Underwood’s GMA revelation, Variety reported that Netflix is planning a reality show that looks at Underwood’s life as an openly gay man, and now a Change.org petition is circulating urging Netflix to cancel those plans. The petition has more than 10,000 signatures as of Friday morning. Online petitions have no actual power, but they do serve as a barometer of public opinion.

“Regardless of his sexuality, Colton should not be given a platform as a result of his abusive, manipulative and dangerous behavior,” the writer of the petition says.

Wrote one of the petition’s signers, “I’m a survivor of stalking, and it repulses me to see someone like this given a platform as though he’s done nothing wrong. I will absolutely cancel my Netflix subscription if you go through with this.”

The petition also links to a Reddit thread offering a link to documents in the Randolph-Underwood case.

Netflix didn’t immediately respond to a request for comment, and a representative for Underwood said the reality star had no comment.

Here’s more on Colton Underwood and the complex reactions to his coming out and the possibility of him getting his own show.

Colton Underwood was born in Indianapolis and raised in Illinois, where he played college football at Illinois State University. The Bachelor hyped him as a pro football player, but if you never heard of him, there’s a reason. Underwood was signed as an undrafted free agent by the San Diego Chargers in 2014 but waived before the season began. He briefly played for the practice squads of the Philadelphia Eagles and Oakland Raiders but never appeared in a real NFL game.

Entertain your brain with the coolest news from streaming to superheroes, memes to video games.

His dating life brought him much more fame than his sports career. Even before The Bachelor, Underwood dated gymnast Aly Raisman, an Olympics gold medalist. That relationship made headlines too, and the couple even attended the Golden Globe Awards together in 2017. They broke up later that year.

Underwood first appeared as a contestant on Becca Kufrin’s season of The Bachelorette in 2018. He was eventually eliminated but showed up again in the franchise’s spinoff show, Bachelor in Paradise. By now he’d become a favorite of some fans, and the show’s producers cast him in the title role of The Bachelor for the show’s 2019 season, heavily hyping him as “the virgin Bachelor.” Underwood chose California speech pathologist Cassie Randolph, but didn’t propose marriage to her in the finale.

Underwood and Randolph dated for a year before their May 2020 breakup. She filed for the restraining order that fall, before dismissing it and asking that the police investigation be dropped.

“The two of us were able to reach a private agreement to address any of Cassie’s concerns,” Underwood told TMZ at the time. “I do not believe Cassie did anything wrong in filing for the restraining orders and also believe she acted in good faith.”

Coming out and Cassie

Underwood told Good Morning America that Randolph didn’t know he was gay. He also said he’d like to apologize to his former girlfriend, and while he didn’t address the restraining order directly, admitted, “I made mistakes at the end of that relationship.” Following the interview, many on Reddit expressed support for Randolph and shared their own stories of being harassed by ex-partners.

Some also expressed offense at Underwood suggesting any link between past harassing behavior and confusion over his sexuality.

“As a gay man,” wrote one Reddit user, “I find this whole thing abhorrent. I spent my fair share of time in the closet, and coming to terms with my sexuality. It’s still something I’m working on, being out and proud.

“For his behavior to be excused because he was gay is wrong. It paints this picture that somehow closeted gay men are what, unstable but cured by coming out? That his actions were excusable because he was gay? I’m confused by the narrative. I’m insulted by it.”

If the reality show happens, a source told Variety it’ll focus on Underwood’s dating life, and on discovering his sexuality as a gay man. Us magazine reported that Olympic skier Gus Kenworthy was spotted filming with Underwood. Kenworthy came out as gay in 2015.

Underwood’s coming-out may even ripple back to the show that made him famous. Unnamed Bachelor sources told TMZ that Underwood’s coming out has sparked internal discussion among show producers about possibly casting a gay season of the show.

VERIFY: No, you don't need to restart your vaccine if you contract COVID-19 between doses - WHAS11 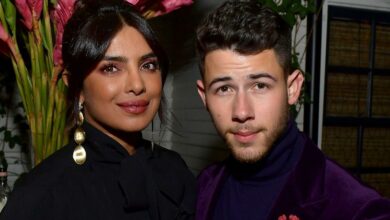 Prince William ‘has not been able to come to terms’ with Prince Harry’s move, author says: He was ‘blindsided’ 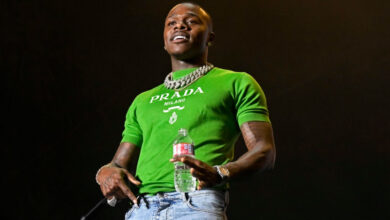