The prohibition notice follows an anonymous tip-off, which included pictures of a Ceoga Steel employee with burns on their hands and face.

The Department of Employment and Labour (DEL) has placed a prohibition notice on Coega Steel, following a furnace explosion that it failed to report.

The prohibition notice follows an anonymous tip-off, which included pictures of a Ceoga Steel employee with burns on their hands and face. The incident allegedly happened on 22 August, during a night shift.

“The life-threatening incident, which left employees traumatised, revealed that a total of five employees were injured on the day. All these employees sustained multiple burns all over their bodies from face, neck, chest, head, hands [and] ankles due to the explosion,” the DEL said in a statement.

After finding that Coega Steel had not complied with health and safety regulations, the DEL’s inspectors gave the company a prohibition notice, ordering it to halt production at its furnace department where the explosion had happened.

Apart from failing to report the incident and starting operations immediately after it happened, the DEL said Coega Steel had not taken steps to ensure that there is no re-occurrence of a similar explosion.

The department has also directed the company to assist the employees who were left traumatised by the incident.

The DEL’s Eastern Cape head of department, Nomfundo Douw-Jack, said investigations into the explosion are being conducted. She noted a high rate of fatal incidents in the iron and steel, agriculture, chemicals and construction sectors, and said the department will ensure that employers who go against regulations are “brought to book”.

Coega Steel had not responded to Fin24’s requests for comment at the time of publication.

'Our Current Paths Have Taken Us in Opposite Directions' 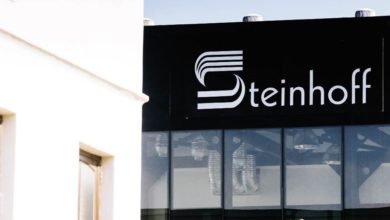 EXCLUSIVE | ‘We can still do things’: Top school’s coach quits ahead of hearing for sneaking pupil out