What is being billed as Carroll Shelby’s personal Daytona Coupe is being offered for sale. Known as chassis number CSX 2469, it shares a body with the famous Shelby race cars that won numerous races around across the globe in the mid-1960s.

The Shelby Daytona was an evolution of the Shelby Cobra roadster, developed to run in the GT classes in some of the world’s toughest endurance races. With a streamlined design penned by a young Peter Brock and a Ford V8 under the clamshell hood, it won its category in prestigious races such as the 24 Hours of Le Mans, 12 Hours of Sebring, Nürburgring 1000km, and its namesake event, the 24 Hours of Daytona (for a history of Shelby, the documentary Shelby American on Netflix is a very good time).

The six original Daytona Coupes range in price depending on the racing provenance. The one driven by Bob Bondurant to win the GT class of the 1965 World Manufacturers Championship sold for $7.25 million in 2009, setting a world record price for the auction of an American car at the time. That record has since been broken, but the reigning champion is now the first Shelby Cobra ever built, sold in 2016 for a cool $13.75 million.

This car, however, is not one of those six. It was built as a Cobra roadster and then converted to a Daytona Coupe during Shelby’s ownership. It includes an Oregon title showing the car was titled under Carroll Shelby Enterprises, and has FIA paperwork approving it for vintage racing. Technically, only cars with racing history qualify for vintage races like the Monterey Historics.

This chassis has vintage raced at Laguna Seca and Goodwood, and the list of famous butts in its driver’s seat include Phil Hill, Derek Bell, and John Morton, to name a few.

So, while it’s not one of the legend-making originals, it’s still got the Carroll Shelby connection. It seems whoever owns the Shelby cars is liquidating the collection, and it’ll be interesting to see how this one does compared to other recent sales. For more photos, check out the listing at Worldwide Auctioneers.

MPs to ask the public about electric cars 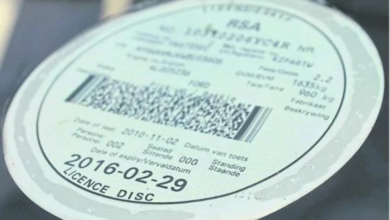