The Department of Civil Protection (DCP) is geared for the 2021/22 rainfall season which is expected to bring normal to above normal rains throughout the country from October 2021 to March 2022.

While the expectations of good rains have brought high hopes of another bumper harvest to farmers, weather experts say the season could also be associated with violent storms, flash floods and heavy downpours.

The Meteorological Services Department (MSD) has noted the above-normal rainfall will result in excess inflow into rivers and national dams.

“More dams are expected to spill in the upcoming season. Risk of riverine flooding is anticipated to be high,” said the MSD department.

DCP director Mr Nathan Nkomo said the department had taken lessons from Cyclone Idai and had started preparing for floods and cyclones in case lives need to be saved.

“We are happy that for now we have much grain as the DCP in our stock,” he said. “We urge local authorities to start cleaning storm drains to avoid flash floods in urban areas.

“We still have thousands of households on wetlands and waterways. We need to come up with an evacuation strategy early. We do not want to use schools as evacuation centres.

“For Chipinge and Chimanimani, we have completed evacuation centres for use by the Red Cross and its partners. This is, however, not enough, especially when looking at low lying areas.”

Mr Nkomo said there should be a budget to ensure if there was need to move families, the process will be done with dignity.

“Gone are the days when we used to encourage people to go to a higher ground when an early warning of floods had been given,” he said. “Now people need to be told where to move to in such a situation.

“There is also need to invest in modern equipment and provide the sub-aqua unit with modern tools. The DCP will also intensify education and awareness through traditional leadership.”

Mr Nkomo said 36 000 village heads will be engaged so information about such disasters can reach many.

Under high rainfall, the prevalence of malaria and water-borne diseases such as cholera and typhoid is more likely.

Observations made by the MSD in recent seasons are that heavy storms followed by periods of elevated temperatures are getting more frequent.

The MSD will continue to monitor all the available seasonal climate indicators which influence Zimbabwe’s rainfall as they evolve.

Seasonal rainfall predictions will be updated on a monthly basis beginning at the end of next month.

‘We forget our troubles’: crystal meth use rises during lockdown in Zimbabwe | Global development 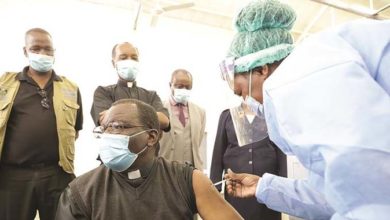