A 1977 Citroen Mehari that was once owned by The Kinks’ lead guitarist and vocalist, Dave Davies, is being auctioned this week.

Davies owned the Mehari, which is for sale with Car and Classic, for several years while still performing in the band. Its most recent owner, a Citroen collector, has cared for it for 16 years.

Don’t worry if you’ve never heard of the Mehari – it was never sold in the UK. It is closely related to the Dyane 6 and featured a light ABS plastic body and soft-top roof. It’s extremely light by today’s standards, tipping the scales at 535kg.

Since Davies owned the car, it has undergone a number of revisions, including bodywork restoration, while the current owner has fitted brake discs and a twin-choke-carb Dyane engine.

In addition, transmission specialist Rick Pembro has rebuilt the gearbox and the spartan interior has been fitted with retrimmed seats. According to its latest MOT, the car has covered 60,000 miles since new.

At the time of writing, the Citroen has received nine bids from six different bidders, with a current price of £4,500 – although this is below the reserve value. The auction ends on 24 May. 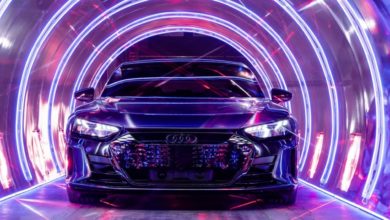 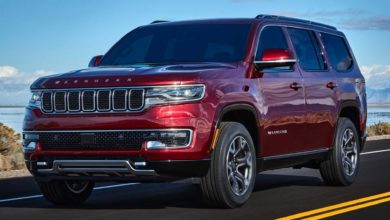 Jeep Explains Why The Wagoneer SUVs Lack The Company Badge