MUMBAI :
Citigroup on Thursday said it will exit its retail banking business in India and 12 other countries, choosing to deploy its capital and resources in investments that offer better returns and growth.

The move will see the bank also exit consumer businesses across parts of Asia and the Europe, including Australia and China. It will, however, retain its consumer-banking franchise in the four wealth centres in Singapore, Hong Kong, the United Arab Emirates and London.

The exits were announced as Citigroup reported record quarterly profit, boosted by income from blank-cheque companies that it helped take public, Bloomberg said on Thursday. Jane Fraser, who took charge as chief executive on 1 March, is trying to boost profitability by focusing on more lucrative parts of Citigroup’s businesses.

The bank is now expected to sell its retail portfolio in India, where rival lenders are falling over each other to get more retail customers into their fold. Retail loans are considered less risky owing to the relatively smaller size and being backed by a healthy amount of collateral. Retail deposits are also extremely lucrative as they act as a cheap source of funds for banks.

Ashu Khullar, chief executive of Citi India, said in a statement that India is a strategic talent hub for Citi. “We will continue to tap into the rich talent pool available here to continue to grow our five Citi Solution Centres, which support our global footprint. There is no immediate change to our operations and no immediate impact to our colleagues as a result of this announcement. In the interim, we will continue to serve our clients with the same care, empathy and dedication that we do today,” said Khullar.

A Citi India official said the bank would eventually look at selling its portfolio, but it will be in the form of a transfer.

Citibank India has 35 branches and serves 2.9 million retail customers with 1.2 million bank accounts and 2.2 million credit card accounts. It has a 6% market share of retail credit card spends in the country.

Citi had outstanding loans of ₹67,101 crore as of 31 March 2020 in the country. The bank had a 15.4% market share in loans among all foreign banks in India in FY20, trailing Standard Chartered Bank and HSBC, showed data from the Reserve Bank of India. Its total deposits stood at ₹1.57 trillion as of 31 March 2020, including deposits from customers and other banks. Of this, savings bank deposits were at ₹31,730 crore in FY20, showed data available on the bank’s India website.

In FY20, the retail banking business in India reported a revenue of ₹5,420 crore, 3.7% more than the previous financial year.

The foreign lender has a storied past in India, having started operations more than a century ago in Kolkata. It also helped lay the foundation of the Indian software industry by establishing Citicorp Overseas Software Ltd and Iflex Solutions Ltd. The bank employs 19,235 employees as of 31 March 2020.

The bank has decided to exit the retail segment in Bahrain, Indonesia, South Korea, Malaysia, the Philippines, Poland, Russia, Taiwan, Thailand and Vietnam. However, Citigroup’s Institutional Clients Group will continue to serve clients in all 13 markets, it said in a statement.

“As a result of the ongoing refresh of our strategy, we have decided we are going to double down on wealth,” Fraser said.

“While the other 13 markets have excellent businesses, we don’t have the scale we need to compete. We believe our capital, investment dollars and other resources are better deployed against higher returning opportunities in wealth management and our institutional businesses in Asia,” said Fraser. 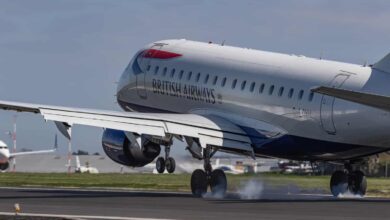