A defiant Chief Justice Mogoeng Mogoeng has resolved to challenge a decision by the Judicial Conduct Committee (JCC) to apologise for and retract comments he made about Israel during a webinar in 2020.

“The Chief Justice of the Republic of South Africa Justice Mogoeng Mogoeng has signified his intention to appeal the decision made by [Judge Phineas Mojapelo], a member of the Judicial Conduct Committee (JCC), in the complaints lodged by Africa4Palestine, SA BDS Coalition and the Women’s Cultural Group,” the JCC said in a statement on Sunday.

“The JCC will in due course determine the date on which the appeal would be heard by at least three of its members. Members of the JCC who are eligible to hear the appeal are Deputy Chief Justice Raymond Zondo, Justices D H Zondi, N Dambuza and M Victor,” it added.

Sunday was the deadline for Mogoeng to retract his comments and apologise.

Mogoeng became involved in the political controversy surrounding South Africa’s policy on Israel and the conduct of its diplomatic relations by criticising the state’s official stance and putting forward his own views.

The JCC was tasked with probing several complaints against Mogoeng and whether he contravened the Code of Judicial Conduct.

The complaints were brought by Africa4Palestine, the SA BDS Coalition and the Women’s Cultural Group.

News24 reported that the committee found, among other things, that Mogoeng involved himself in political controversy or activity.

It also considered remarks he made at a prayer meeting, where he stood by his refusal to retract or apologise for any part of what he had said during the webinar, “even if 50 million people were to march every day for 10 years for me to do so, I would not apologise. If I perish, I perish”.

“The offending utterances made by the respondent CJ at the virtual prayer meeting and repeated in his Response 2 are particularly aggravating. They are brazenly defiant. It is important that those utterances must be unreservedly retracted and withdrawn to return and maintain the public image of the judiciary to its rightful place.”

On 23 June 2020, Mogoeng participated in a webinar with Chief Rabbi Warren Goldstein. The webinar was hosted by an Israeli newspaper The Jerusalem Post, under the theme “Two Chiefs, One Mission: Confronting Apartheid of the Heart”.

Mogoeng was asked about his previous utterances with regard to his “love for the Jewish people, for Israel, for the state of Israel…”

“… So, whatever I have to say should not be misunderstood as an attempt to say the policy direction taken by my country in terms of their constitutional responsibilities is not binding on me. But, just as a citizen, any citizen is entitled to criticise the laws and the policies of South Africa or even suggest that changes are necessary, and that’s where I come from,” Mogoeng replied.

He continued: “The first base I give is in Psalm 122, verse 6, which says, ‘Pray for the peace of Jerusalem. They shall prosper that love thee’. And see, also Genesis 12, verse 1 to 3, that says to me as a Christian that, if I curse Abraham and Israel, God, the Almighty God, will curse me too.

“So, I’m under an obligation as a Christian to love Israel, to pray for the peace of Jerusalem, which actually means the peace of Israel. And I cannot, as a Christian, do anything other than love and pray for Israel because I know hatred for Israel, by me and for my nation, can only attract unprecedented curses upon our nation.

“So, what do you think should happen? I think, as a citizen of this great country, that we are denying ourselves a wonderful opportunity of being a gamechanger in the Israeli-Palestinian situation.”

Mojapelo said Mogoeng may wish to criticise the policies of the executive and legislative arms of the state, but “he cannot do so publicly without raising controversy, that is, involving himself and his office in political controversy”.

He said this was done “on the eve before the appropriate SA executive authority was to make a statement on the same issue in the UN Security Council”.

Mojapelo ordered Mogoeng to apologise and retract his utterances within 10 days – and to release a copy thereof, under his signature, to the media. 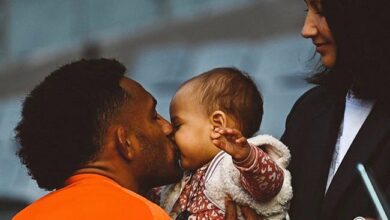 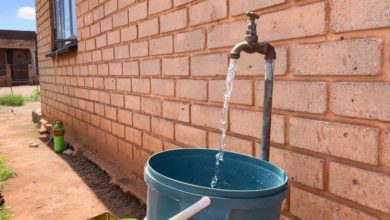 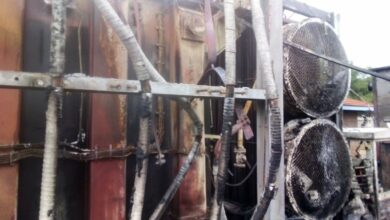 Power outages in Roodepoort after transformers gutted by fire