The leading figure in the “Radical Economic Transformation”
(RET) faction of the ANC, Carl Niehaus, has denied the existence of the
grouping.

“I’m not a spokesperson for the RET grouping. There is no RET
grouping in the African National Congress,” he told Newzroom Afrika anchor
Xoli Mngambi on Wednesday.

There is simply members of the ANC that support the official economic policy programme of the ANC, which is radical economic transformation. So let’s not try to create an impression of factionalism when there is no factionalism.

Niehaus, who is also the spokesperson of the Umkhonto we Sizwe Military
Veterans’ Association (MKMVA), said this following claims by other ANC leaders
that he was setting up a splinter party in ANC general-secretary Ace
Magashule’s office, where he works, under the guise of the RET national
operations committee.

At a press conference of the grouping on 11 March at the Booysens Hotel
in Johannesburg after its “first strategic coordination meeting”,
Niehaus revealed in a statement that the “RET Gauteng” grouping,
which appears to have been set up at the beginning of last year, had gone
national, with biweekly meetings and “support structures in all nine
provinces”.

In the statement, he said:

A fast growing number of ANC members throughout the length and breadth of our country are increasingly feeling the urgent need to mobilise for the speedy and full implementation of RET, which is the ANC’s official economic policy programme. As a consequence, RET support groups have been established throughout South Africa.

“The increasingly fast growing numbers of ANC members who associate
themselves with these RET support groups, and the resultant intensification of
activities, have necessitated greater cooperation in order to ensure more
effective mobilisation and action.”

This led to the establishment of the national coordination committee, he
said.

Niehaus’ statement also included a picture of a clenched yellow fist at
the top, against a green background and with black shading – the colours of the
ANC.

He also recently released a discussion document that he said was
released in his capacity as a member of the ANC “engaging in the
discussion about what the economic policy programme of the African National
Congress is and should be”.

Niehaus has also denied that he was trying to be “factional”,
instead saying he was merely engaging in ANC policy discussions.

At least two ANC leaders who are members of the party’s national
executive committee – Joel Netshitenzhe and ANC Eastern Cape secretary Lulama
Ngcukayitobi – have warned that Niehaus was busy establishing a new party from
within Magashule’s office, where he is working.

The RET grouping has been supporting Magashule, as well as former
president Jacob Zuma in his battle not to appear before the state capture
inquiry.

They are also critical of President Cyril Ramaphosa’s leadership,
accusing him of not implementing resolutions of the ANC’s 2017 national
conference at Nasrec. 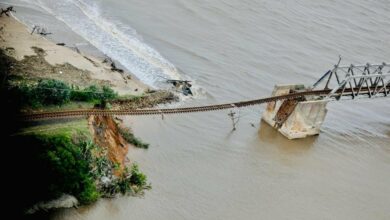 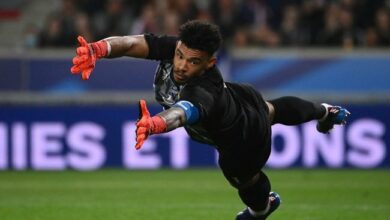 Brave but outclassed Bafana slip up against Morocco in Afcon qualifier 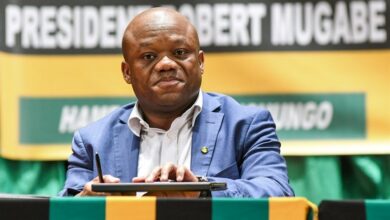 ‘They did not implement transformation and now they call for RET’: Zikalala blasts ANC leaders

Godongwana vows to stick to the fiscal framework, but will lead differently to Mboweni