Some widely available hand sanitisers that American consumers snapped up last year to ward off coronavirus infection contain high levels of a chemical known to cause cancer, a testing firm’s analysis found.

An assortment of hand cleaners that flooded into the market after mainstays disappeared from retail outlets contain high levels of benzene, according to Valisure, a New Haven, Connecticut-based online pharmacy that tests products for quality and consistency.

Benzene causes cancer, according to the US Department of Health and Human Services. The World Health Organization’s cancer research arm puts it in the highest risk category, on par with asbestos.

Valisure analysed 260 bottles from 168 brands and found 17% of the samples contained detectable levels of benzene. Twenty-one bottles, or 8%, contained benzene above two parts per million, a temporary limit the Food and Drug Administration set for liquid hand sanitisers to ease the supply squeeze.

That level “can be tolerated for a relatively short period of time,” the FDA said in June. Fifteen brands were represented among the 21 bottles with the highest levels of contamination. The samples came from the shelves of stores nearby its headquarters and online outlets, Valisure said.

The FDA tests hand sanitisers and works with companies, when appropriate, to recall products, said Jeremy Kahn, an agency spokesperson. The FDA encourages retailers to remove products from store shelves and online marketplaces when quality issues arise, he said.

“The agency reminds manufacturers, distributors, repackagers and importers they are responsible for the quality of their products and urges manufacturers to test their ingredients to ensure they meet specifications and are free from harmful contamination,” Kahn said in an email.

Exhorted by politicians and health officials to wash their hands, consumers quickly exhausted supplies of household names such as Purell and Suave. While those brands, like most of those tested, didn’t contain unsafe benzene levels, many new entrants did, according to Valisure. Some of these tainted sanitisers were found for sale at Amazon.com Inc. and Target Corp. outlets.

Most hand sanitisers Valisure found and tested were gels. The pharmacy’s test results were verified by Yale University’s Chemical and Biophysical Instrumentation Center and Boston Analytical, a private lab. On Wednesday, Valisure asked the Food and Drug Administration to take action on the contaminated products.

Hand sanitiser brands with bottles testing for the highest levels of benzene detected by Valisure:

“These findings are alarming and reveal a serious potential risk to public health,” Valisure said in a petition signed by Chief Executive Officer David Light and other executives. The pharmacy previously found high levels of other carcinogens in drug components manufactured overseas for the US market.

It isn’t clear how benzene became present in the products. It may have been introduced during the manufacturing process when germ-killing alcohol is purified, Valisure said.

Among the most contaminated hand cleaners were products from artnaturals, Scentsational Soaps and Candles, The Creme Shop and a Baby Yoda-themed bottle from Best Brands Consumer Products. Each started selling the cleaners that were tested by Valisure in either April or May of 2020, according to FDA records. An artnaturals sanitiser contained the most benzene of those sampled, at 16 parts per million.

Calls and emails to the manufacturers and retailers requesting comment weren’t returned. Walt Disney, which airs “The Mandalorian” series in which the Baby Yoda character appears, didn’t immediately respond to a request for comment.

Benzene has been linked to certain blood cancers, such as leukemias. Cigarette smoke accounts for about half of the benzene exposure in the US, according to the American Cancer Society. Workers in certain chemical industries risk exposure to the material, which is used to make plastics and rubber.

The National Institute for Occupational Safety and Health says skin absorption and ingestion are also possible. In 1990, a local environmental official in North Carolina discovered benzene in bottles of Perrier water that led the company to conduct a massive recall and halt distribution to 120 countries. The company resumed bottling soon after the problem was identified and solved, and was bought by Nestle SA in 1992.

Government watchdog Public Citizen helped lead an effort in the 1970s and 1980s to protect US workers against benzene exposure.

Focusing on hand-sanitiser safety, the FDA in January blocked imports of products from Mexico after many were found to contain methanol, a form of alcohol that’s poisonous to humans. Most of the products Valisure found to contain high levels of benzene were made in China or the US.

Valisure’s Light said he originally scoffed at the idea that a dangerous carcinogen like benzene would be in hand cleaners, but he’s now glad that Chief Scientific Officer Kaury Kucera pushed to test for it. Sanitisers could have become contaminated with benzene because it’s sometimes used in alcohol purification, Valisure said.

While benzene should be removed in the final steps of manufacturing after the alcohol is purified, it may not have been, Valisure said. Gel hand sanitiser is also made by adding a powder called a carbomer, often made with benzene, to create viscosity, the pharmacy said.

Medications have also been found to contain carcinogens that either weren’t properly washed out during the manufacturing process or formed later as the medications sat on shelves. Contaminants include NDMA, or N-Nitrosodimethylamine, a probable carcinogen that was found in blood-pressure pills in 2018, leading to recalls.

In 2019, Valisure also identified elevated levels of a probable carcinogen called DMF, or dimethylformamide, in blood pressure drugs. DMF is a solvent used during the early stages of drug manufacturing that is supposed to be washed out of the final product. The FDA is looking more closely at ingredients manufacturers that might use DMF.

Benzene is the third and most dangerous cancer-causing chemical the pharmacy has helped bring to light in product testing.

‘They want to see production happening’ 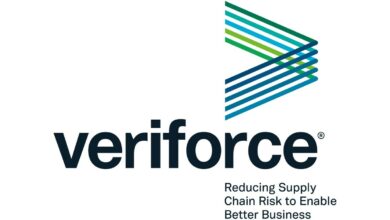