Caps United Football Club yesterday held a launch event for its new website. Going into it I was expecting much of what we have seen from companies and organisations as they have made the shift to digital. But, boy… was I wrong.

At this point, I should confess that I am a lifelong Dynamos supporter and being around so much green and white gave me flashbacks of the Charles Mhlauri era where Caps United pretty much walked to every trophy. I thought my allegiance would taint the experience but no… The presentation by Caps Utd was compelling because it showed that the club truly put some thought into its online presence.

What I mean by that is the folks over at Caps seem to be aware that football has gone stat crazy over the last two decades. An example of this is the popularity of stat sites like OptaJoe and Squawka which give fans of the European game numbers that they can use to back up why they think so-and-so is the best player or is performing well.

In line with this, the new Caps Utd website (designed by Advanced Innovative) is going to feature granular stats for players as the season progresses. This is something that had been sorely lacking in the local game and for Caps to do it at club level is pretty impressive.

The new Caps Utd website will also feature a match centre that will show results of the club’s fixtures as they are happening. This is all part of the Caps United FC match centre which, if you support teams abroad, you will be aware just how useful it is.

The game is nothing without the fans and Caps, like most clubs, are aware of this. The new Caps club website now has a fan onboarding feature where you can register to become an official member. Through this membership can buy season tickets for Caps United matches (when fans are allowed at stadiums again) as well as interact with Caps United’s sponsors and partners like Nyaradzo all on the same site.

Additionally, the new website will cater keep Caps supporters up to date with a feature that I have only seen in English Premier League clubs like Tottenham and Liverpool. We all know what a hassle it is to rummage around the internet and on social media for the latest transfer and general news concerning our clubs. Well, Caps United has added a tab on the new site called Media Watch which will aggregate all news concerning the team from publications across the country.

Media Watch is also going to be supplemented by exclusive interviews and content from Caps players as well as the team’s legends. As if that wasn’t enough, with the announcement that ZTN will be bringing the PSL to the YouTube and social media, Caps supporters will be able to access live streams of their team through the club’s website. This also includes any online streams being done by other broadcasters like the Zimbabwe Broadcasting Corporation (ZBC).

To top it all off, the new Caps United website will be available to you even if you don’t have data.

Features and developments to come

The one thing that was missing from the presentation was an app and well this is on the cards too. The app according to the presentation is coming soon and will also feature live match score updates that will come via notifications.

All in all, Caps United has done a really good job with this site and you can check it out with the link here. You can also watch the entire presentation with the link below.

One killed, many injured in Ivory Coast xenophobic violence 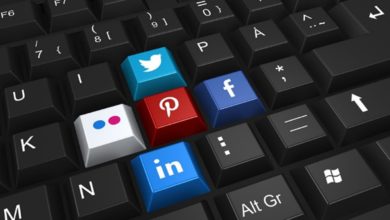 What Are the Most Popular Online Pastimes in Zimbabwe? – Techjaja