CAPS United have sealed a two-year loan deal with Chapungu forward Ian Nyoni ahead of the resumption of domestic football next weekend.

The transfer window shuts on Saturday and Caps United have already regularised the registration of their players for the new campaign.

With several clubs jostling to finalise their squads ahead of the restart of the games, Caps United had stepped up their engagement process to secure Nyoni. Reports suggest the Harare giants finally got their man and are ready to unleash him on to the public next weekend when the games restart.

The Green Machine had signed Nyoni on a year-long loan deal where the player was expected to feature in the 2020 season, but football was suspended following promulgation of a national lockdown to curb the spread of Covid-19. This resulted in Nyoni’s loan deal expiring on December 31 last year without him kicking the ball for the club. And the expiry of the deal appears to have galvanised the Green Machine hierarchy to seek a new deal as the domestic game prepares for resumption after a year’s hiatus. It is understood Chapungu, who will be playing in the second-tier league after they were relegated, were more than willing to lend Nyoni to Caps United.

Although Caps United lost two players Innocent Mucheneka and Newman Sianchali, they still look a formidable side with the likes of Phineas Bhamusi, Ishamel  Wadi, Richard Hachiro, Leeroy Mavunga  and Tatenda Tumba among several others.

Premier football action is expected to kick off next weekend in a phased approach, starting with a pre-season tournament. The cluster tournament will see teams being placed in four groups, with the first group consisting of Dynamos, Caps, Harare City, Herentals, Yadah and ZPC Kariba, which will be based in Harare.

The second group will feature Bulawayo Chiefs, Bulawayo City, Chicken Inn and Highlanders. The third group will have Manica Diamonds and Tenax, Black Rhinos and Cranborne Bullets, with the fourth group made up of FC Platinum, Ngezi Platinum Stars, Triangle United and WhaWha. Caps United will be looking to make amends after they were beaten to the championship race at the close of the season by FC Platinum in 2019.

The Green Machine last won the championship in 2016 earning them the right to participate in the prestigious African Champions League where they made a mark after reaching the lucrative group stages after eliminating seasoned campaigners TP Mazembe of the Democratic Republic of Congo. 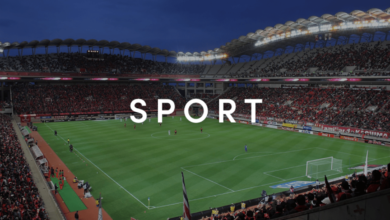