Capitec says it has already refunded more than R160 million to customers and will pay another R60 million this month.
Photo: Supplied by Capitec

Capitec says the relaxation of lockdown restrictions helped it limit the fall in its earnings for the year ended on 28 February.

The bank, which saw its earnings tank by 78% in the first half of its financial year, which ended in August 2020, said the second half was the polar opposite. Capitec recorded an increase in headline earnings per share in the six months to 29 February 2021 compared to the same period in 2020.

The rate of the increase could be anything by between 14% and 22%. The bank will announce the exact rate of growth when it presents its annual financial results on or about 13 April 2021.

Because of this rebound in earnings in the second half, Capitec said its headline earnings per share will represent a decrease of between 29% and 25% compared to the year ended in 2020, reflecting the damage that the first half had on its bottom line.

Its earnings per share are expected to be between 31% and 27% lower compared to the R54 that the bank reported in 2020.

Banks booked billions in bad debt provisions when they realised that the lockdown would affect their customers’ ability to service their debts. Capitec booked a gross credit impairment of R6.3 billion in the six months to August 2020 with R4.2 billion of that directly attributed to the lockdown.

In Monday’s trading statement, Capitec said the level of credit impairments it raised was appropriate based on the information available at the time. However, this has changed.

“Given the relaxation of the lockdown restrictions and the resultant opening up of the economy, the second half of the financial year that ended on 28 February 2021, saw headline earnings per share increasing by between 14% and 22% compared to the six months to 29 February 2020,” wrote the bank in the update.

FirstRand, which is the only bank that has so far presented financial results covering the second half of 2020, also noted an “above-expectation” rebound in its operations since June 2020. 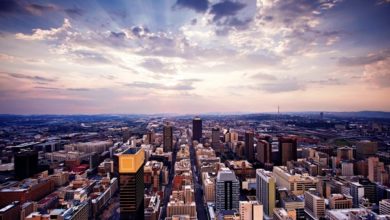