Health authorities in Canada are working to find the cause of a mysterious brain disease that has afflicted more than 40 people in the New Brunswick province, according to news reports.

According to a report in The Guardian, People living in the province became cognizant of the disease after a memo from the province’s public health agency leaked last week which asked doctors to look for symptoms relate to Creutzfeldt-Jacob disease (CJD).

CJD is a rare brain disease that is caused due to abnormally folded proteins called prions.

Researchers investigating the mysterious neurological syndrome say a potential cause maybe some kind of environmental exposure.

In March, Canadian officials alerted doctors in the New Brunswick area that they were monitoring a cluster of 43 cases of neurological disease of unknown cause, The Guardian reported.

The first identified case dates back to 2015, but officials have noted a rising number of cases in recent years, with 24 cases reported in 2020 and six so far in 2021, according to CBC News.

Five deaths have been linked with the disease.

Patients with the illness have developed progressively worse symptoms over 18 to 36 months, from unexplained pains and spasms to cognitive decline, muscle wasting and teeth chattering, The Guardian reported.

(With inputs from agencies)

Why will the COVID-19 pandemic impact our next flu season? – 11Alive 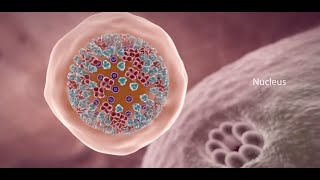