Three times Zambia shocked the the country. Can Zambia beat Algeria and finish off Zimbabwe to qualify?

The dice is cast and stage set. Zambia will confront fate in a few day’s time as they come head-on with a highly rated Algeria in a make or break Africa cup qualifier.
In the space of three months, Zambia has faced five unforgiving beatings at the hands of the merciless Arabs and there seems to be no hope for Zambia on the horizon as the days squeeze in.

Zedsoccer delves for inspiration from the past and look at the three times Zambian pulled some epic suprises against all odds.

The scorching winter of october 2004 came fourth with a violent storm of disaster knocking on Zambian football. A crucial Afcon/World cup qualifier beckoned in Congo Brazzaville and the chances for a Zambian team that had no experience were slender. The 40,000 Alphonse Massambe stadium was packed with racous, wild and positively charged Congolese when Collins Mbesuma announced himself to the world. A quick fire thunderbolt in the second minute was followed by a curl from the far left into the empty congo net before some fox in the box sharp reflex touch from the outside of his boot gave him a hattrick that saw Zambia win 3-2 and the prophets of doom were silent.

The Zambia Morocco game in 1993 remains by far the most emotional game Zambia has ever played. It came a month after the Gabon Air Disaster and the first match Zambia was playing after the tearful crash in Libreville. Zambia had only a month to assemble a team from the scratch and ahead of the young team in front of a packed Independence stadium pregnant with anticipation was a match against Morocco.

Arabs have never been easy opponents for the country since time immemorial. Another disaster was in the pipeline when a brand new team led by Kalusha Bwalya stepped on the tuff. Morocco took an early lead that sent every Zambian heart numb and cold but the impossible soon followed.

A quick break away from the huge Morrocans by Joe Bwalya saw him create shooting space for himself before he unleashed a strike wrapped in anger, violence, and killer weaponry. His shot zoomed past the hapless Moroccan goalkeeper and Zambia equalized.

Minutes later, Kalusha Bwalya responded to the “Luisha Luisha Luisha” cheers from the terraces when his educated sweet left curled in a free kick from about 25 yards to give Zambia the lead .

The 2012 Afcon in Gabon remains the most successful Football mission by Zambia but despite the golden glory, no one expected it. When Herve Renard had teenagers who had never played at any high level like Nathan Sinkala and Chisamba Lungu in the starting line up against a star-studded Senegal side led by in form Demba-Ba, the spirits of a nation shrunk, hope diminished and the boys were totally written off before they pulled a shocker.

Emmanuel Mayuka rose high to power in a header from close ranger before some enchanting sweet exchange of passes between Isaac Chansa and Sinkala set a show twister for Rainford Kalaba who finished with some bewitching composure and Zambia went on to win their first match on the way to gold.

Zambia takes on Algeria in a few days time and the Micho side has been totally written off but they can tap some inspiration from the above and many other matches when Zambia pulled a shocker. The common denominator in all these matches is to score early.

Can Zambia beat Algeria and finish off Zimbabwe to qualify? 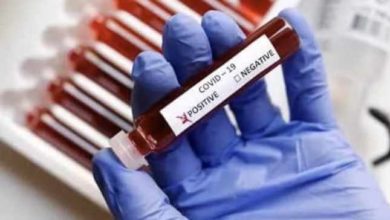 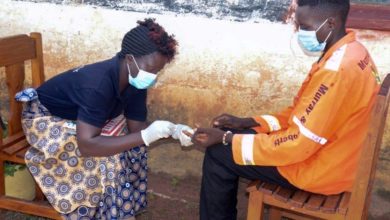 SOUTHERN AFRICA/DRC/ZAMBIA : Truckers in the Copperbelt forced to re-enact Mad Max at the hands of the Chinese – 02/11/2020 – Africa Intelligence