Two police officers were arrested in Gauteng over the long weekend for soliciting bribes of R100 and R200, respectively.

According to the Independent Police Investigative Directorate (IPID), the officers were arrested during sting operations by it in collaboration with SAPS Anti-Corruption and National Traffic Department’s Anti-Corruption unit.

Cola said the captain, who was the shift commander, conducted an unauthorised road block with other members at the intersection of Observatory and Steyn streets.

He then stopped a vehicle, which happened to be driven by an undercover officer, and demanded that the driver produce a license. When the undercover officer said he did not have his driver’s licence, the officer demanded a R100 bribe.

“He was arrested and detained at Yeoville police station. He is set to appear at the Johannesburg Magistrate’s Court today [Tuesday]. IPID is investigating this case,” Cola said.

Meanwhile, another officer from Randfontein was also nabbed for corruption on Friday.

He then asked for a R200 bribe and was arrested on the spot and detained at the Randburg police station.

Cola said the Randfontein Anti-Corruption unit would handle the officer’s case because it fell outside of IPID’s mandate.

Travel refund chaos: What if voucher expires before you can travel?

‘We are in the 3rd wave. Buckle up’ – Health Minister Zweli Mkhize’s SOS to provinces

Death of SA student in China ruled an accident 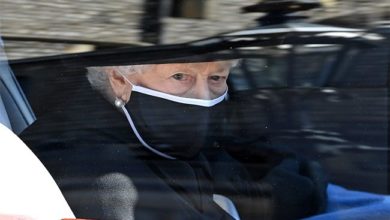