South African businesses say they are better prepared for a new wave of Covid-19 infections compared to a year ago, but need government ‘to come to the party’ should further lockdown restrictions be introduced.

The group said that government cannot approach the pandemic and restrictions today with the same intensity as it had in the past, as new evidence has emerged and circumstances have changed – warning that the consequences for businesses, employees, and the wider economy could be severe.

“Since the pandemic was first detected 18 months ago, we have learned a great deal about what works in managing it. We must continue to be responsive to new evidence as it becomes available. What may have been best practice in the last wave may no longer be given subsequent learning,” it said.

BLSA said that this has become apparent around highly restrictive curfews, with studies showing that any reduction in virus transmission is outweighed by the impact on homelessness and domestic violence.

“Similarly, alcohol sales bans have been studied and the impact on both the healthcare system and virus transmission has been questioned. Tourism and hospitality, which employ a disproportionate number of women and unskilled workers, are heavily affected by curfews with seriously negative social effects.”

BLSA also pointed to the cigarette bans of earlier lockdowns that were shown to be ineffective at reducing cigarette consumption and instead stimulated significant growth of the illicit economy and losses in excise tax receipts.

“We should remember that it is outcomes that are important – reductions in virus transmission and the burden on the healthcare system can be achieved through a variety of interventions. We should choose those that have the maximum benefit at least cost based on a rational assessment of the evidence.”

Where restrictions in economic activity are required, these should be clearly explained with clear end dates, BLSA said.

“This allows businesses to plan, for instance, to obtain funding to survive through a known period, rather than facing an open-ended disruption which is significantly more difficult to manage and leads to far greater business distress and job losses.

“Setting clear end dates, or at least clear criteria upon which restrictions would be lifted (such as infection rates) is vital.”

Other business groups have warned that any further restrictions could be detrimental to the economy.

In an interview with CapeTalk, Martin Kingston of Business for South Africa warned that the country can’t afford stricter lockdowns.

Kingston said that business has been clear in talks with the government that it will need to be very cautious around restrictions relating to alcohol and restaurants.

He added that the economy is not in a position where it can afford such restrictions and that government no longer has any fiscal flexibility to provide the type of support that it has provided over the past year.

This has been echoed by the National Liquor Traders Council which said that government cannot adopt a gung-ho approach to introducing restrictions.

National Liquor Traders Council convenor, Lucky Ntimane, said that in addition to an accelerated vaccine rollout, restrictions on large gatherings were acknowledged to be the most effective way of limiting the spread of the virus.

“The government has a record of imposing bans on alcohol as a first resort, without providing the evidence to show why this is the most effective measure available. We urge decision-makers to be open with the public about the reasons and evidence for the measures they take, so we can all have confidence that they are the best available options,” he said.

The total number of vaccines administered to healthcare workers, meanwhile, stands at 430,730.

Commenting on the increase, the National Institute of Communicable Diseases (NICD) said that the rapid increase in the percentage testing positive for Covid-19 and the seven-day moving average of confirmed cases nationally is cause for concern.

NICD acting executive director, Prof Adrian Puren said that while South Africa has not yet crossed the national threshold for a new wave – a technical measure – the current trajectory is worrisome.

He added that should it continue its course, the country will likely cross the threshold for a new wave in the coming weeks.

“If members of the public rapidly implement meticulous social distancing and adhere to non-pharmaceutical measures, transmission will decline and the third wave will be delayed.

“And with the vaccination of elderly people scheduled to commence next week, delaying the third wave will provide more time to vaccinate those most at risk for severe disease, and will thus save lives”, Puren said. 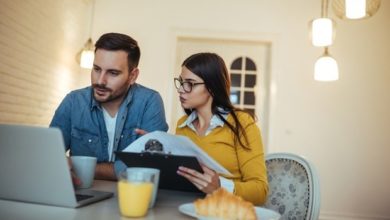 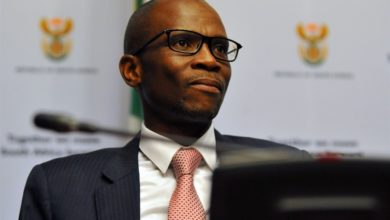