As things stand, there are two ‘mayors’ at the council, leaving not only councillors, but management as well in a quandary as no major decision can be taken for now without the holding of a full council meeting.

Cllr Mutizwa said the meeting would have been illegal if Cllr Mafume had chaired it.

“The meeting failed as Cllr Mafume insisted that he wanted to chair it, but since he has pending criminal cases we could not proceed as it would have been illegal,” he said. “The meeting was cancelled to a later date to be advised.”

Cllr Mafume yesterday insisted that there was nothing amiss about reporting for duty with pending criminal cases.

“The full council meeting failed to kick start due to lack of a quorum,” he said. “I have been in office over the past weeks and remain in office as the mayor. My criminal cases have nothing to do with my coming to work as labour and criminal issues are different.”

“If there was anyone acting as mayor, there was nothing unusual about that as any councillor present at any given event may act on my behalf.”

Some councillors said in separate interviews that efforts to negotiate with both Cllr Mafume and Cllr Mutizwa to reach a consensus were fruitless.

“The chairpersons of council committees held a caucus meeting to convince both Mafume and Mutizwa not to chair the meeting and second someone so that council business proceeds, nothing materialized,” said one of the councillors.

“No one was willing to give in so as councillors we just decided to boycott the meeting.”

Another councillor said Cllr Mafume was forcing himself back at council and since his return business had been at a standstill.

“Since the return of Mafume, there has never been a quorum for the full council meeting, that in itself should send a clear message to him that we are skeptical of his return until there is a formal communication,” said the councillor.

“His argument is that his suspension lapsed, but it is clear that like any other officials suspended, including city directors, they are not coming to work until their criminal cases have been finalised as there is a greater risk of interfering with witnesses.”

If the impasse continues, it means the local authority will likely take forever without making key city decisions which are supposed to be rubber-stamped during a full council meeting, the city’s highest decision-making body.

Local Government and Public Works Minister July Moyo last year suspended Cllr Mafume both as a mayor and a councillor pending the outcome of his criminal trials emanating from his alleged allocation of council stands to his sister and his law firm’s secretary.

The other case involved bribing a potential key witness.

Cllr Mutizwa was appointed the city’s acting mayor unanimously following the arrest, recall and suspension of successive mayors, including Herbert Gomba and his deputy Enock Mupamawonde.

Their successors, Cllr Mafume and his deputy Cllr Luckson Mukunguma were also arrested and suspended.

Crypto and the trust issue

Curtain comes down for Team Zim in Tokyo 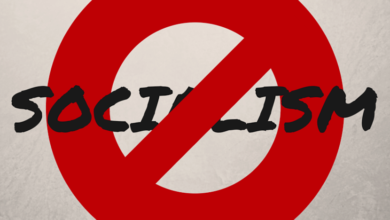 Lessons for SA? Zimbabwe and Venezuela back-pedal on Socialism

‘Colonialism had never really ended’: my life in the shadow of Cecil Rhodes | Colonialism