From Chipo Sabeta in ENGLAND

Under the new programme, the 65-year-old is expected to play a pivotal role in convincing some UK-born players who Team Zimbabwe UK have invited to represent Zimbabwe.

Not only is he committed to unearthing new football gems in the UK, but he has also pledged to nurture new and raw talent under the programme.

Grobbelaar, who played as a goalkeeper most prominently for English team Liverpool between 1981 and 1994, and for the Warriors, was last weekend the guest-of-honour at a friendly match organised by Team Zimbabwe UK and The UK Colombian Community in preparation for the Inner-City World Cup tournament to be held next month near East London Olympic part village.

“I am keen to help in the development of football in this country, especially in terms of nurturing young footballers. There is pride in representing the national team and for them to realise their dreams,” he told NewZimbabwe.com in an interview.

“Besides just promoting sports development, it is also to ensure that we support many young Zimbabweans to achieve their desired purpose as sport can play a big role in helping build Zimbabwe as a tourist destination of choice,” he added.

Grobbelaar, who won the hearts of many between the sticks in the 80s and 90s through his theatrics, said it was high time national team selectors widen their nets.

“There are many England-based players in this country, and I believe the Warriors have the potential to develop into one of the giants Africa and even to compete globally.”

Team Zimbabwe UK chief executive Marshall Gore said the engagement with Grobbelaar will help in mobilising resources for the mentorship of young athletes and coaches.

Gore said the programme was in line with President Emmerson Mnangagwa’s vision to boost Brand Zimbabwe as a safe tourism destination and re-engaging with the international community.

“We were glad he (Grobbelaar) accepted our invitation and honoured to be the guest of the friendly match. We spoke at length with regards to our players dotted around the United Kingdom and how we can help identify and give exposure to sports,” he said.

“His career speaks for itself, and we really expect more enjoyments with other legends of that magnitude. I really want to applaud Bruce for his grounded nature despite his global fame.”

Added Gore: “As a community organisation, one of our main objectives, besides just promoting sports development, Bruce is a global sporting brand who can market the country.

“The collaboration with Bruce will extend to partnership in developing grassroots football in Zimbabwe This will include holding football tournaments in Zimbabwe and a football symposium.

“His presence will also support Team Zimbabwe UK to mobilise resources for the Diaspora Team and provide mentorship support to the coaches.”

Gore, who has been working with ZIFA officials and Warriors team manager Wellington Mpandare in identifying Zimbabwean talent overseas, said Grobbelaar’s engagement will inspire many of the UK-based youngsters.

Until last year, Zimbabwe was not deliberately leveraging sport’s popularity to help with branding the nation as the best tourist attraction.

Sport has been playing a significant role in helping build Zimbabwe as a tourist destination of choice.

Cruise ship regulations from CDC may be invalid in Florida, judge says 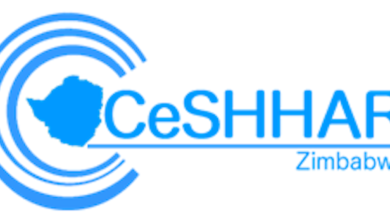