It’s been awhile since Britney Spears performed in front of a sea of fans, but her mom, Lynne Spears, wants her to remember that she can sing.

On Friday, March 19, the pop star shared a video to Instagram, writing, “Geez … My mom sent this to me and reminded me that I can sing.”

Her mom apparently told her, “You never sing anymore … you need to again !!!!”

Britney, who is a mother of two herself, didn’t comment on those words of encouragement. Instead, she said that she had never even watched the throwback performance, adding that it was “definitely from a while ago.”

“It’s from one of the first trips I took alone,” she recalled. “mostly I just remember saying “WOW Singapore!'”

Though Brit’s mom and fans miss hearing the singer’s voice, it seems the star has no desire to tour the world at this time. Last November, Britney’s attorney Samuel D. Ingham III said that the pop star is afraid of her father, Jamie Spears, and refuses to perform as long as he controls her career, according to Us Weekly. 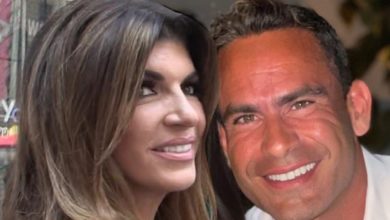