Britney Spears is once again asking the courts to replace her father as conservator of her estate — but at least one expert thinks the latest filing is hardly in the pop star’s long-term interest.

A hearing to discuss Jamie’s removal, along with Rubin’s potential appointment, has been set for December 13.

In the new filing, obtained by Yahoo Finance, the conservatorship is described as “increasingly toxic,” and says that the arrangement is “simply no longer tenable.”

The document added that Jamie is not capable of successfully handling Britney’s fortune, claiming that the Spears family struggled financially under his leadership and filed for bankruptcy in 1998.

The filing also revealed just how much money Jamie receives through the conservatorship, which includes a monthly allowance of $16,000, plus $2,000 a month for office expenses. He also received 1.5% of the gross revenues from the singer’s Las Vegas residency, which brought in $137.7 million. Jamie’s cut alone was at least $2.1 million.

“This is a profit center for him,” Benny Roshan, an L.A.-based attorney who serves as chair of Greenberg Glusker’s trusts and probate litigation group, told Yahoo Finance.

The attorney explained that Britney’s legal team could make an argument that her father has a direct financial incentive to remain conservator of the estate. She added that they could ask the courts to reduce his monthly allowance or request that he no longer receive percentages of her concert tours.

Yahoo Finance reached out to Jamie Spears’ legal team for comment but has yet to hear back.

Some “Free Britney” supporters questioned why Rosengart did not file a petition to end the conservatorship altogether — and legal experts like Roshan expressed similar concerns.

“Why ask for the warden to be changed but keep the status quo of the prison sentence?” Greenberg Glusker’s Roshan asked.

In November of last year, Britney requested that her father be removed from his position as sole conservator of the estate, but to no avail. Instead, the judge appointed financial company Bessemer Trust as co-conservator but the company officially resigned from the role following Britney’s June testimony.

Rosengart is now hoping for a different outcome.

Roshan suggest the filing hints at “some skeletons in the closet,” with Jamie Spears likely to file an objection — once again further delaying the process.

However, there is another possibility that Rosengart wants to play it safe, and slowly “chip away at the conservatorship” to the point where it’s clear to the court that it is no longer necessary.

In recent weeks, financial company Bessemer Trust, previously selected to serve as co-conservator of the pop star’s estate, along with Spears’ former court-appointed lawyer Sam Ingham and even her longtime manager Larry Rudolph, all resigned from their positions.

Britney did receive the support of her mother, Lynne Spears, in the filing who said that the relationship between Britney and her father has “dwindled to nothing but fear and hatred” due to Jamie’s behavior.

This includes Jamie’s “complete control over [Britney], mistrust of her, his coercion of her, his ‘bartering’ with her over what she can and cannot do for whatever reward or punishment he is willing to mete out, his constant threats, and his decision-making over all aspects of her life,” the filing read.

Overall, Roshan believes that the court needs to hear directly from Britney once again. Her emotion-filled June testimony ultimately awarded her the freedom to select her own counsel.

“The judge needs to see that Britney truly wants to end this conservatorship. She needs to be out there and lucid,” Roshan said. 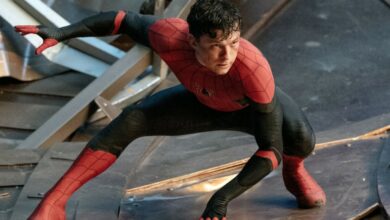 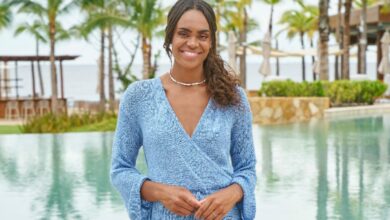 Is Michelle Young Engaged to Nayte Olukoya or Brandon Jones? Reality Steve Addresses Final Pick Rumors Ahead of the Finale 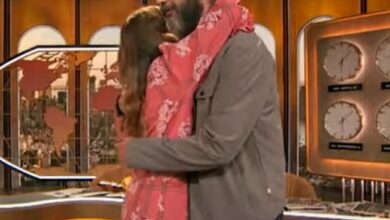