Gatland, a former Wales coach, had his first series defeat inflicted on him by the Springboks after Jacques Nienaber’s side won the third Test 19-16 to win the series 2-1 at Cape Town Stadium on Saturday.

The Lions had won the first Test 22-17, but the Boks roared back to win the next two Tests and prevent Gatland from going unbeaten against the three Southern Hemisphere teams.

Gatland said there’s a lot that can still happen between now and the next tour to Australia in 2025 for him to arrive at a decision.

“It is something I’ll reflect on. I’m incredibly proud of my involvement with the Lions, I’ve been fortunate and I’ve been passionate about the Lions,” Gatland said after Saturday’s game.

“I fly back to New Zealand on Sunday. I start thinking about my role back with the Chiefs, but there’s the long flight and the 14 days in isolation in the hotel.

“That’s going to be tough because we’ve been in isolation for eight weeks, but in that two weeks, I’ll have enough time to think about the next chapter in my life.

“I’m not someone who plans too far ahead. I’m a believer in what will be will be. I haven’t got any long-term plans, so we’ll see.

“The thing about Lions tours is that they’re so intensive for everyone involved and everyone needs a bit of a break to refresh, clear their minds and think about what will happen next.”

Gatland, a former long-serving hooker for Waikato who played and scored in the province’s 38-10 win over the 1993 British and Irish Lions that toured New Zealand, said every effort has to be made to preserve the Lions tours.

“There are two events on the world calendar and they happen every two years. It’s the World Cup and the Lions tour,” Gatland said.

“That’s what the players want to be part of. It holds a lot of Southern Hemisphere players back if they were looking for other opportunities overseas, but resign with their national teams so they can be part of the tour.

“In normal tours, playing against the Lions generates a huge financial reward for the financial teams, so it’s special and unique.

“It’s something we need to keep on the calendar and preserve because it’s an important part of the rugby cycle.”

Tunisia vaccinates more than half a million people in a day 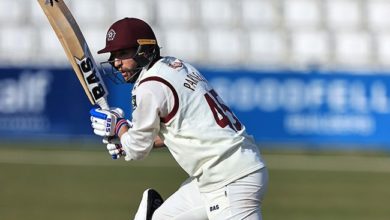 Protea Parnell reveals meaning behind No 45 jersey: ‘Support and love for my brother’ 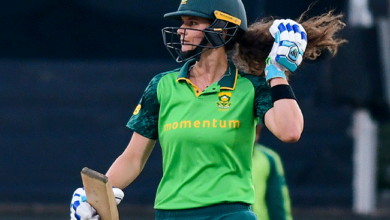