Hukuntsi — Ketlogetswe Mokgolele has left an indelible mark in local football and as such deserve to be included in the Hall of fame, Botswana Football Association (BFA) executive committee member, Alec Monyake has said during a memorial service of the late Mokgolele.

Mokgolele, who passed away on April 15, was buried on Saturday.

Monyake narrated that, the deceased who served in the football fraternity from 2012-2018, had left a legacy that must be embraced by all.

He said the deceased’s contribution to local football development would never be forgotten, the feat he realised through the spirit of volunteerism.

He therefore, urged community members, especially youth to volunteer in sport activities as a gate way to nurture their talents.

Monyake said youth participation would assist BFA to discover and enhance skills in sport development. He said BFA had lost a gem because the deceased displayed exceptional skills on issues pertaining to football.

He described him as an ‘inspirational figure’ that many people learnt a lot from him. He said he advocated for infrastructure development around the country, the move he said was slowly taking shape, as mini stadias were being built around the country.

For his part, Hukuntsi Regional Football league Western Block chairperson, Olson Mantle described the deceased as a marvel to listen to when it came to deliberating football matters. He said he would ponder on issues aggressively, leaving no stones unturned.

He said he met with Mokgolele in 2002 and had never left his side, as they journeyed together until he (deceased) contested for the regional seat in 2016.

He however, noted that he toppled the deceased for the chairperson’s seat for the Western block region in 2018.

Mantle said there was never bad blood between them, but instead Mokgolele supported him during his reign. He noted that the deceased was a Township Rollers die-hard supporter and also the founder of Hukuntsi-based Sand Diamonds Football Club.

Another football representative, Motlhahu Motlhahu said the football fraternity had lost a giant. He said through his visionary skills they managed to establish football clubs in the constituency to help keep youths away from delinquency acts.

The deceased wore many hats, as he doubled as the chairperson of Botswana Workers Union and under Botswana National Front ticket. Mokgolele is survived by his wife and children.

Plastic electronics: Ushering in the next generation of technology 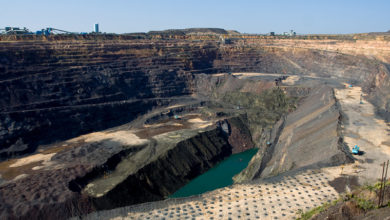 Debswana Diamond to construct underground mine in Botswana