In an interview with BOPA on Tuesday, Ms Moagi noted that Botswana received an invitation to participate at the World Expo from the government of the United Arab Emirates (UAE).

She said the Expo was initially scheduled for last October, but it was postponed to October 1, this year, due to the COVID-19 pandemic.

Ms Moagi said the expo, which was expected to run until March 30, 2022, would be held under the theme: Connecting Minds, Creating the Future, with 190 countries as well as 200 organisations and non-governmental organisations expected to participate.

She said the theme was attesting to the belief that innovation and progress were the results of people with new and unique idea working collectively.

She said Botswana would use it as a platform to attract Foreign Direct Investment and an opportunity to celebrate and dialogue with other countries on issues of creativity, innovation, humanity and world cultures.

Ms Moagi said the expo would also be ideal for benchmarking on the latest technology to assist in the country’s efforts to transform into a knowledge-based economy.

She noted that Botswana’s participation would be anchored on a multi-dimensional approach, saying all relevant stakeholders would be involved.

“Engagement of different stakeholders has commenced and various teams are already working towards the execution of this national assignment,” she said.

She said some of the preparations would include profiling Botswana as a gateway into Africa and an investment destination to prospective visitors, other nations and international business community, among others.

Ms Moagi further said through BITC, the country would strive to market and sell the potential of different locally produced goods and services to the global market, as well as promote tourism offerings and locally designed art and craft works.

She said BITC would also create awareness about the country through branding and promoting it as a place to live and invest in.

6 Places You're Missing When You Apply Sunscreen 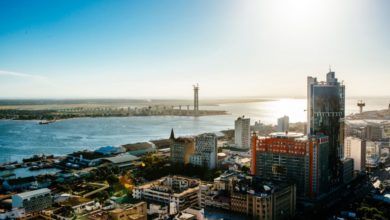