Ngami Regional Health Management Team (RHMT) acting coordinator, Dr Sandra Maripe-Ebutswe, said in interview that the district had already recorded 95 cases in the current malaria season, which started in May 2020 and ends in October 2021.

In the previous season, the area registered 27 cases and two deaths.

She, however, said so far there were no deaths recorded in the current season.

Dr Maripe-Ebutswe, therefore, urged members of the public to follow preventative measures to curb the situation.

She said the district health team experienced challenges of people who refused to allow malaria prevention measures such as indoor residual spray (IRS).

In the current season, she said, 72 per cent IRS coverage was attained out of the 85 per cent target.

She said 19 per cent of people did not want IRS, 24 per cent was of absent people from homes while 24 per cent were of locked rooms.

“The high number of refusals remains a challenge in the fight against malaria and there is no law against that,” she said.

She encouraged the public to clear grass from their yards, to avoid having stagnant water and use mosquito repellants to reduce chances of getting malaria.

She therefore advised people to seek medical attention as soon as one felt ill. 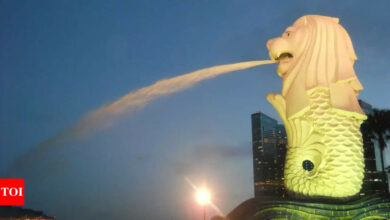 omicron: Omicron: Singapore removed from the list of at risk countries