Addressing Maitengwe leadership recently, Dr Tshabang said although there would be no funds for the Constituency Community Programme (CCP) this year, Tutume sub-council had been tasked to compile a detailed report on the how the funds from the previous financial years were used.

The MP explained that the constituency funds were introduced in the 2017/2018 financial year with each constituency being allocated P10 million towards establishing projects aimed at local economic development, employment creation and building capacity among communities.

He said implementation had been a challenge with some projects lagging behind.

Dr Tshabang said a report on how funds were disbursed would help them in addressing issues of concern regarding delays in completion of projects.

Furthermore, he said together with leadership of the constituency, they would arrange for a tour of all ongoing projects to get firsthand information on why they were still not yet done particularly those that had surpassed their completion schedule. On other issues, he said North East-Tutume Sub-district Ntimbale Wam Water Reticulation Project was ongoing and were anticipating that by September this year their areas would be receiving portable water from the dam.

He explained that much of the works were done at North East and their pipe line would pass through Goshwe from Masingwaneng. 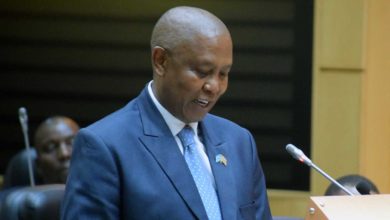