Gaborone — Botswana has joined many of the world’s countries in rolling out the COVID-19 vaccine.

According to Department of Health Services director, Dr Malebogo Kebabonye-Tsie, the roll out was the first phase of a bigger exercise that would cover the entire country.

She said choosing the current seven areas was based on burden of the disease.

Based on the country’s COVID-19 profile, priority for vaccination was currently being given to those aged 55 and above as they were more at risk of dying from the virus, Dr Kebabonye-Tsie said.

She stated that those above the age of 18 and frontline workers would be vaccinated as doses continued to trickle in.

The director said it was hoped that through administration of vaccine, COVID-19 infection rate, hospitalisation and deaths would reduce especially after 70 per cent coverage of the population.

Meanwhile, Dr Kebabonye-Tsie has assured Batswana that vaccines were safe but advised them to report any side effects that might arise after vaccination such as fever, flu-like symptoms, headache and dizziness.

“These should be reported as they will help us to identify how each medication reacts in different people,” she stressed.

The region has so far registered 4 704 positive cases out of which 881 were still active.

Some 2 793 patients had recovered while 26 lives were lost.

Mr Mbulawa said the acceptance and vaccine uptake promotion undertaken in the area had yielded the right results with a 78 per cent positive response.

He commended all those who were ready to partake in the campaign which would be extended to Bobonong and Mmadinare clusters today.

From Molepolole, Kebaeditse Baitlotli reports that the vaccine activation, which was graced by health and wellness permanent secretary, Mr Kabelo Ebineng saw Bakwena tribesman Kgosi Kgosikwena Sebele being the first to take the jab.

Mr Ebineng stressed the importance of taking charge and acting responsibly on issues affecting one’s health as well as those around them.

Kgosi Sebele, who was chosen the district champion, expressed delight at being the face of the area’s vaccination campaign.

“Let us not hesitate to take part in the exercise to avoid giving the pandemic chance to ruin our precious lives,” he advised.

He therefore challenged Kweneng communities to join hands with health officials to make the undertaking easy.

In Francistown, Goweditswe Kome reports that Assistant Minister of Health and Wellness Mr Sethomo Lelatisitswe kick started the campaign by receiving the injection at the city’s Block 9 Kgotla.

Addressing the elderly, Mr Lelatisitswe stressed that the injection was not a cure but a boost to one’s immune system thereby preventing untimely death.

He encouraged those with non-communicable diseases such as high-blood pressure and sugar diabetes to take the injection as they were vulnerable to contracting coronavirus.

The vaccines, he explained, had been tested adding that taking the vaccine himself was a way of assuring the elderly of its safety.

For greater Francistown, the vaccination is carried out at Block 9 and Monarch as well as Tonota and Mathangwane.

Francistown mayor Mr Godisang Radisigo urged the community to work together to ensure the campaign’s success.

Mr Mathumo said he found it fit to take the jab in order to lead by example.

They encouraged other elders to take advantage of the opportunity to be vaccinated in order to protect themselves.

From Maun, Kedirebofe Pelontle reports that Batawana regent, Kgosi Kealetile Moremi, who was the first to be vaccinated, encouraged the community to take the COVID-19 vaccine.

The launch saw 10 elderly people taking the shot at Boseja Clinic. Roll out to the whole of Ngamiland is scheduled to commence today.

Kgosi Moremi, who is the Ngami district champion, described the vaccine as a ray of hope because it was believed to reduce the possible spread of COVID-19.

The other Ngami champion, who was the second to take the jab, was Maun businessman Mr John Wellio who also encouraged the community to take the vaccine.

Mr Wellio said the COVID-19 vaccine should not be a shocker because vaccines were common for children and animal diseases in the North West District.

Mpumalanga authorities to focus on Mozambique and eSwatini borders this Easter

Zimbabweans Are Biggest Cowards in the Region – Report 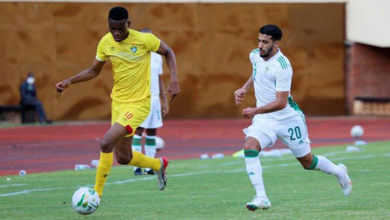 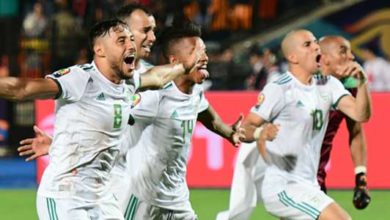