Speaking during commemoration of International Day of Forests on Sunday, Ms Phildah Kereng said they included development of a forestry bill currently at finalisation stage.

The bill would ensure protection and management of forest resources as well as promote their sustainable utilisation through provision of rights to communities over for managing and using assets within their areas.

At district level, she said wildland fire management plans were being implemented to protect forests against wildfire outbreaks.

Furthermore, she said a drought management plan had been developed which would guide in the implementation of natural resources protection initiatives.

Among the projects Ms Kereng also mentioned implementation of land degradation assessment and monitoring as well as development of a restoration strategy. “The overall objective of the project is to address land degradation in a holistic and realistic manner, by establishing baseline information upon which appropriate interventions and management decisions would be based,” she stated.

She said the project was being implemented with technical support from the United Nation’s Food and Agriculture Organization (FAO).

In addition, she said the ministry had partnered with the Japanese International Cooperation Agency to build capacity for conservation and sustainable use of forests and range resources.

Ms Kereng said a national agro-forestry strategy had been developed to promote the integration of forestry management and agricultural development.

Other projects include implementation of an integrated strategy on the management of prosopis (sexanana), one of the most invasive alien species found in the Kgalagadi, Ghanzi and Central districts.

She revealed that BORAVAST Community Trust had been trained to utilise prosopis for the production of charcoal and fodder.

Bush encroachment in Lake Ngami was managed through utilisation of deadwood for the production of charcoal, Minister Kereng said.

Ending a pandemic: How to calculate how many people need to get vaccinated

Mercedes-Powered Isdera Imperator 108i Is A Rare Supercar For Sale 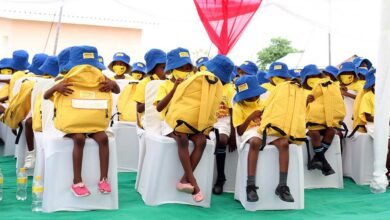