The Botswana energy regulator has granted a generation licence for a 100MW solar project to local firm Shumba Energy, a company executive said on Monday, making it the first independent power producer to set up a large-scale solar plant in the country.

Botswana does not currently have large-scale solar power generation and its 600 MW national energy demand is met by state-owned coal-fired plants and imports, primarily from South Africa and Mozambique.

Locally-listed Shumba Energy plans to implement the project in two phases with the construction of the first phase of 50 MW likely to start in the next six months.

“With all the permits now in place we are now working on concluding the funding, with capital expenditure estimated at about $80 million for the whole project,” managing director Mashale Phumaphi told Reuters.

Botswana has 212 billion tonnes of coal reserves and fossil fuel is expected to continue to dominate power generation in the country in the near future, analysts have said.

But investors have often raised concerns about the heavy dependence of African countries on coal-based power plants which release millions of tonnes of carbon into the atmosphere.

The diamond-rich country, whose economy has contracted by close to 8% from a growth rate of up to 4% before the pandemic, plans to increase the share of renewables in its energy mix to 18% by 2030.

Botswana has some of the highest levels of direct normal (solar) irradiation (DNI) – a measure of the amount of sunlight – at over 3,000 kWh/m2 per annum, according to Solargis.com, a global agency on solar data.

Phumaphi said the solar project had not signed any power off-take agreements but will operate as a merchant power producer feeding into the Southern African Power Pool (SAPP).

Triathlon Cup, one of the best run sporting events in Zimbabwe 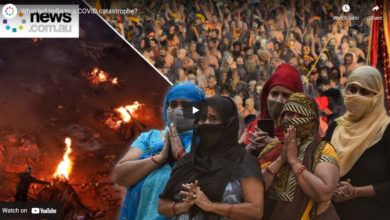 What led India to a COVID catastrophe? ⋆ TheVoiceBW