The President, who toured Khuis recently, said the village was endowed with a wealth of stones which could be explored, mined and developed to sustain livelihoods.

Such an undertking, he said, was achievable through mindset reset with people realising the power they had to transform their lives and create employment for themselves.

The various types of stones available in the area, which were under the management of Khuis Community Economic Development Trust, required a robust business approach with value edition at the core, said the President.

President Masisi said government would continue to support communities and create a business enabling environment for entities such as Khuis Community Economic Development Trust to thrive.

Such developments would enable the country to achieve economic diversification, he said.

They were also told to always bear in mind that the resources were God-given and should therefore be used wisely.

If they were misused, they might never be recovered, the President said.

For his part, the trust’s chairperson Mr Benny Kotokwe said the aim was to conserve the stones while at the same time using them to improve community livelihoods.

Emphasising the uniqueness of Khuis stones, he said some had been used to mark the Tropic of Capricorn.

The village, he said, was rich in stone resources which the trust intended to exploit for the purpose of creating jobs.

Among the stones he mentioned slate rocks (tiles) found in the dry Molopo River and another type on the other side of the village which could be crushed into concrete.

Already, he said, most of the district’s construction projects sourced concrete and sand from the village hence the need to manage such activities to protect the environment.

He thanked President Masisi for the visit saying it had motivated them to get started on some aspects of the stone exploitation project.

According to Mr Kotokwe, also planned was the development of the area around Lobu Pan.

However, he said, such ideas required experts to dissect and examine project viability and sustainability.

Mr Kotokwe said the trust was currently experiencing financial challenges and could therefore not afford a consultant adding that lack of skilled manpower was another challenge.

He said as per President Masisi’s advice, the Public-Private Partnership (PPP) model would be adopted. 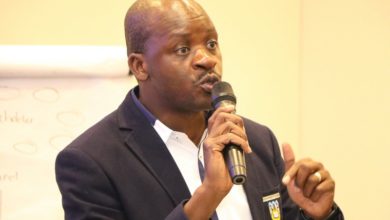