Gaborone — The Directorate of Intelligence and Security (DIS) has expressed concern about a May 8 Weekend Post story headlined ‘Is Ralotsia a DIS target’.

According to a DIS press release, the story falsely alleges that there are plans to unlawfully target and kill a certain Gaolaolwe Ralotsia for exposing corruption at Mass Media Complex.

It says while it is not untypical for the Weekend Post to carry an article calculated to place the directorate in elaborate fabricated controversy, it is highly regrettable that a false impression is created that a citizen will be placed in mortal danger by a government institution for exposing corruption and wrongdoing.

“The article, unfortunately, portrays the directorate as being so above the law that it would expend that magnitude of public resources willy-nilly on a single individual whose alleged fault is exposing corruption in a public institution. It is an established fact that the directorate is mandated to tackle the type of corruption and criminality being purportedly exposed in the Weekend Post article,” says the release.

If further says DIS director-general Brigadier (Rtd.) Peter Magosi has never missed an opportunity to demonstrate that combating corruption is one of his top priorities.

In addition, it says the director-general continually engages mandate partners, community leaders and many Batswana on corruption – a growing and sophisticated scourge that the directorate plays an important role combating.

The release notes that persons aggrieved by DIS enjoy full legal recourse in Botswana and are always at liberty to pursue their rights to the fullest extent.

The directorate supports individuals with genuine complaints to pursue them through all available avenues as this also promotes accountability in the organisation, it says.

It explains that DIS aspires to provide services in the best interest of the nation and continues to conduct itself professionally according to its established mandate.

“The public is therefore encouraged to ignore the article from the Weekend Post as besides being untrue, serves to reduce the reputation of the directorate and sow unnecessary public discord,” states the release. 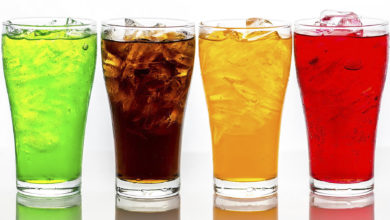 Industry gets its claws out to protect sugar market sha…