Mopipi — Building confidence among youth at an early age is critical to their ultimate success in life.

This was said by the Vice President, Mr Slumber Tsogwane on Friday during the donation of sanitary pads by Lucara Botswana to girls in Mopipi.

Mr Tsogwane said the donation would go a long way in boosting the girl child’s confidence and ensure that they did not miss out on school as a result of lack of sanitary pads.

Lucara donated 5 000 sanitary pad packets to all 34 schools in the Boteti area.

The VP implored the mining company to continue giving back to local communities and partner with government in some projects for advancement of communities.

He further urged Lucara to continue embracing Botswana’s ideals and contribute to the National Vision 2036, especially on the pillar of achieving prosperity for all.

Mr Tsogwane urged that the donation should reach its intended recipients, being school girls.

He stated that no government could solely shoulder the responsibility of developing its citizenry.

He said although it was government’s responsibility to lead and ensure prosperity for all, private sector should also come on board.

For her part, the managing director of Lucara Botswana, Ms Naseem Lahri said the mining company was committed to promoting gender equality, hence they adopted Sustainable Development Goal 5, which advcates for the achievement of gender equality and empowerment of all women and girls.

The SDG’s aim, she said, was to eliminate harmful practices such as violence and sexual assault on women and girls.

Ms Lahri said one of the areas team Lucara Botswana would like to impact on was assisting school going girls with sanitary pads to enable them to study without the fear of embarrassment.

She noted that it was unacceptable for girls to miss school for lack of sanitary pads.

Ms Lahri said the sanitary pads project was started by Lucara staff members who contributed money and bought some while the organisation also significantly contributed towards purchase.

Central District Council chairperson, Mr Ketshwereng Galeragwe said the district leadership was proud of Lucara as the community of Boteti, stating that the company’s footprint was visible in the sub-district.

Mr Galeragwe expressed appreciation for the gesture extended by Lucara towards the girl child. 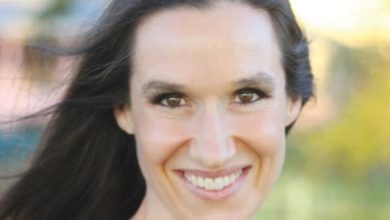