A rise in US government bond yields brought a quick end Thursday to a stocks rally triggered by an upbeat outlook from the US Federal Reserve.

The Fed on Wednesday ramped up its outlook for the US economy and reiterated its pledge to maintain its ultra-loose market-friendly monetary policies for as long as needed.

Wall Street rallied on the news, with the Dow ending above 33 000 points for the first time, while the S&P 500 also chalked up a record.

Fed policymakers forecast the world’s top economy to expand 6.5% this year, a full two percentage points above their earlier projection.

The upward revision was thanks to trillions of dollars in government spending and the expected easing of lockdown measures that will allow people to get back to their daily lives.

And, crucially, the Fed continued to pledge that the record low interest rates that have been a key pillar of the year-long markets rally will not be touched for the foreseeable future, even if inflation surges.

“The overarching message… was of greater optimism on the outlook but a central bank that is not in a hurry to raise rates,” said Axi strategist Stephen Innes.

The rally on Wall Street spilled over into Asia and initially into Europe.

Frankfurt jumped over one percent at one point to hit a fresh record, with sentiment boosted partly by the flotation of Vantage Towers, the German phone masts unit of British telecoms giant Vodafone.

But Paris and London later turned negative, with the Bank of England leaving interest rates at a record low 0.1%, as the open of trading in New York approached.

Rising rates on US Treasuries in recent weeks has caused turbulence in the stock market as the higher yields are being seen as a concern by some investors of higher inflation to come due to the recent $1.9 trillion stimulus programme.

That, some investors worry, could force the Fed to raise interest rates sooner than it has indicated it plans to do, which would upend some of economic assumptions that has underpinned the recent stocks rally.

“What the Treasury market heard and what it has been thinking overnight, though, have turned out to be two different things. The thinking overnight is that, ‘the Fed risks playing with inflation fire and we don’t like it.'”

The tech-heavy Nasdaq slumped more than 1.0% at the start of trading Thursday, with the S&P 500 shedding 0.6%.

“The implication is that the stock market doesn’t like so much what the Treasury market is thinking, because the jump in long-term rates is a threat to the high-multiple growth stocks,” added O’Hare.

“Fed Chair Powell stuck to the party line, thereby inviting a test, and perhaps eventually a raid on the stock market party, by bond vigilantes.”

Mabuyane on deregistration reports: 'I am a student in that university, legally admitted' 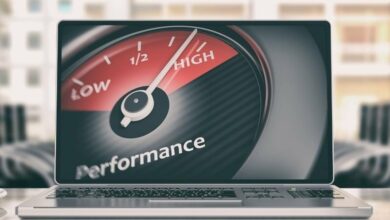 Best laptops you can buy in South Africa