The Botswana Musician Union (BOMU) has hit back at criticism of the Union’s direct appointment of Total Music group- a company owned by a veteran music promoter, Seabelo Modibe to manage the BOMU awards.

BOMU appointed Total Music group, which was incorporated last year to manage and revive the awards for the next five years.

The appointment has however ruffled feathers in the entertainment industry with some arguing that the company has no experience to host an award ceremony.

Dismissing the concerned group’s fears, BOMU President, Phemelo Lesokwane also known as Freshles in an interview with Voice Entertainment said he approached Modibe because of his expertise.

“Seabelo (Modibe) has hosted very successful music events and today continues to hold a music conference which has attracted immense confidence. He (Modibe) has a lot of experience in local music and we were of the view that he is the right man to assist revive the BOMU awards.”

Lesokwane further explained that Modibe has been tasked with sourcing funding for the awards.

“For the first time this year, we will have prize money not only for the winners but for the nominees as well. His job is to source funding for the awards but he will also work with other committees within the union to help drive and deliver the awards,” the BOMU President explained.

He further highlighted that for those who have concerns; BOMU will host a special AGM in June to allow members to table air their views and to allay fears.

As for now, the President will do the needful to help drive the organization.

“More than anything else we want to help our musicians. As we all know there has been zero income for our industry and through these awards, we want to revive the industry and most of all find a little bit of money for our members,” said Lesokwane.

The BOMU President further admitted that BOMU is in debt. He said that they have inherited the debt from the past and they are currently facing an uphill battle to clear the debt, which stands at around P 800 000.

For his part, Total Music group owner, Modibe disclosed that he would receive a 20 % commission from the project.

“There is a lot that needs to be done because I can tell you our projection for the prize money is already at P 825 000. And this is before production, venue, staging and all other necessities for an award ceremony,” Modibe explained.

Commenting on his appointment Modibe said it was nothing out of the ordinary as others had been approached before.

“Only thing is I said I won’t do it for free like I had consulted for the union in the past for free. It is not like BOMU will be paying me directly, NO! My payment will be commission-based from the amount raised. Yes my company is new but my track record speaks for itself,” Modibe said 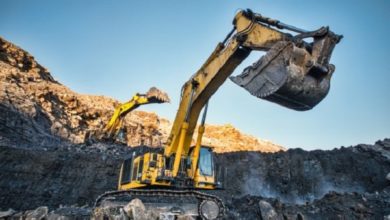