Zimbabwe yesterday recorded 107 deaths from Covid-19, the highest daily total since the first case in March last year with 54 of these deaths, half the total, in Harare which has become the new epicentre of the third wave.

Daily new infections are continuing to fall very gently after the third wave appeared to reach its peak on 15 July with a daily average of 2 355 new infections and have been falling steadily, on average, since with the enhanced level four lockdown gradually taming the wave.

But yesterday’s rolling average of 1 899 new infections in a day is still around 55 times the 35 or so we were seeing each day between the second and third waves.

So while the third wave is not getting worse, it is still very bad and very dangerous and hence the Government’s insistence on maintaining and enforcing the enhanced level four lockdown.

Harare has now decisively overtaken Mashonaland West as the worst hit province generally recording at least twice as many infections as Mashonaland West, and sometimes more.

The death rates, however, have been continuing to rise even as infections rates stabilise and start falling. This is because the people who die now fell sick more than a week ago and many more than two weeks ago.

So death rates tend to reflect the infection rates at the time when those people fell ill. The number of active cases, and people in hospital was also rising after the infection peak for the same reason although active cases yesterday fell to 27 935 sick people.

Of these 818 were in hospital with 42 in intensive care, and 80 counted as in severe condition. 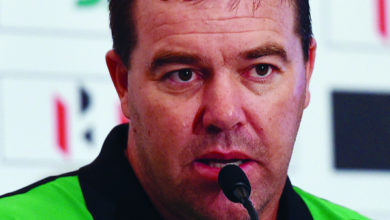