EXCLUSIVE: HBO has scrapped this week’s episode of Real Time with Bill Maher after the comedian tested positive for Covid-19.

Maher, who is vaccinated and asymptomatic, tested positive during the premium cable network’s weekly PCR testing ahead of the show.

It is a blow for the late-night show, which was set to entertain astrophysicist and StarTalk podcaster Neil deGrasse Tyson as the top-of-show interview guest, and World War Z author Max Brooks and Hardcore History podcast host Dan Carlin as panelists.

“The Friday, May 14th taping of Real Time with Bill Maher has been cancelled. Bill tested positive during weekly staff PCR testing for COVID. He is fully vaccinated and as a result is asymptomatic and feels fine. Real Time production has taken every precaution following COVID CDC guidelines. No other staff or crew members have tested positive at this time.  The show will be rescheduled at a later date,” an HBO spokeswoman told Deadline.

Real Time with Bill Maher, which is in its 19th season on HBO, was the first major show to bring back a small live audience in September after a Covid break and a number of episodes filmed in Maher’s backyard.

Nearly 12,000 lives saved by vaccines so far in England - analysis 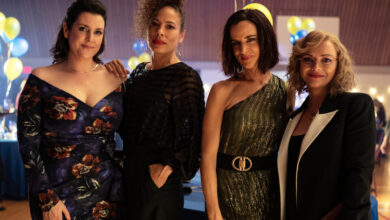