The dimension to Sunday’s Zambian Super League match between Zesco United and Kabwe Warriors has changed following the return of the ‘Prince of Kabwe.’

Mumba even missed Warriors’ home stalemate against Indeni as he was trying to sort out his future.

Zambian clubs Red Arrows and Zesco United declared interest in taking him to Lusaka or Ndola but driven by his dream to secure a move abroad, the former under-20 resisted the temptation.

Because of the intricacies of the one month mid-season [January] window, a move overseas has not materialize and the 20 year midfielder has decided to extend his stay at his boyhood club.

Straight from Solwezi, the highly rated star has linked up with Kabwe Warriors in Ndola.

Warriors coach Chris ‘Mr Takatiko’ Kaunda has already named him in the squad for Sunday’s mouthwatering clash against Zesco United.

The 24 year old striker came off the bench last week in Lusaka against Red Arrows but failed to prevent the 9 times Zambian Champions from defeat.

Zesco United and Warriors are on 28 and 25 points respectively.

In Choma, Green Eagles welcome the visit of Power Dynamos in a 5th against 6th tie.

Zambia get their EPL stars for World Cup qualifiers 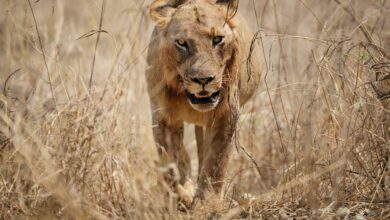 Where to see lions on safari in Zambia