I came out of the womb annoying and that was that. My brother was 12 years older than me, my cousins 15 years older, and my parents had not exactly been planning on having another baby in their forties. I was short and clumsy and loud, quick to anger and ready to cry over any personal grievance, real or perceived. I had a bowl cut when what I wanted was a Shirley Temple perm. Younger sisters were supposed to be delicate peonies always learning from those who knew better, but I, for better or worse, was a little asshole.

I may have been a jerk, but I was a literate one, desperate to see a fellow monster in print. Even when little girls in literature were considered scrappy, they were rarely as plainly unpleasant as me. I didn’t want an underdog you could root for; I wanted to live vicariously through an unrepentant nightmare of a human being. There are very, very few books written for little assholes — except, maybe, the Harry Potter series, if only for the pedantic fanbase it has created — but there is almost no art for jerks with underdeveloped prefrontal cortexes, and very few books dedicated to helping little kids harness their own bad behavior. But then there was Ramona Quimby, arguably Beverly Cleary’s most famous creation.

Last Thursday, Cleary died at 104. She wrote more than 40 books before her retirement and sold more than 91 million copies worldwide. Her books were beloved by kids everywhere; they perfectly captured what it was like to be little and klutzy and excited (though sometimes apprehensive) about the big, strange world.

The Ramona series was my favorite. I loved every single book about this capricious goof, but nothing spoke to me quite like the second one, Ramona the Pest, which came out more than 20 years before I was even born. In the book, Ramona starts kindergarten, becomes infatuated with her new teacher, learns how to write Q’s the cool way by turning them into little cats, and just can’t stop pulling her classmate Susan’s curly hair. Ramona felt like a perfect character, written and designed for me and only me: a tempestuous protagonist with a perennially annoyed older sibling, stick-straight hair that made me obsessed with the boing-boing of a curled lock, an unusual name, and a strong desire to kiss someone, aggressively.

Even when little girls in literature were considered scrappy, they were rarely as plainly unpleasant as me.

“Ramona did not think she was a pest,” writes Cleary. “No matter what others said, she never thought she was a pest. The people who called her a pest were always bigger and so they could be unfair.” Rarely has a book for children so perfectly encapsulated what it feels like to actually be a child: You’re always too small yet too much, too loud and too foolish, too irritating and too irresponsible. No one trusts that your feelings are real or worth hearing, and so you have to deliver them in the loudest way possible. Ramona the Pest is like a manual for how to get big, tedious adults to listen to you when you’re the smallest and least powerful person in the room. “If she had to, she would make a great big noisy fuss,” Cleary writes, “and when Ramona made a great big noisy fuss, she usually got her way.”

After hearing about Cleary’s death, I spent the weekend rereading Ramona the Pest. My 1982 copy is worn out after being passed down to different children in the family. I think it originally belonged to a cousin’s cousin, who found Ramona obnoxious and hard to identify with. I’ve read the book so many times that the spine feels brittle, and I’ve memorized most of Ramona’s lines, especially the one where she calls herself “the baddest witch” on Halloween. But my favorite part of the book was always an illustration of Ramona following Henry Huggins, the arrogant traffic guard, her foot poised to step on the back of his heel and a big Grinchlike smile on her face. “Ramona,” Cleary writes, “felt that her day was off to a good start.”

There weren’t — and still aren’t — a lot of books about irritable little brown girls with sharp tongues, bad attitudes, and short attention spans, but Ramona the Pest was remarkably close. The best part of reading a Ramona Quimby book was that she kind of knew she was the worst. Ramona didn’t think she was a pest, but she knew how and when to change her behavior; she just didn’t want to. She wasn’t a character in the throes of self-improvement, or a child learning hard lessons about what it takes to grow up. “Ramona wanted to be wicked,” Cleary writes, “really wicked.” It wasn’t just adults who thought Ramona was a pest. Other children did too, a good reminder for the rest of my life: Some people will never do the work to understand who you really are. She apologized infrequently and only when forced to. It wasn’t necessarily that she was a pest; she just desperately needed to be heard and valued in whatever way possible.

I can’t imagine Cleary would be entirely on board with my assessment of Ramona as a little asshole or my extrapolation that being a jerk is, actually, good. But she did understand Ramona’s universal appeal to children. “She does not learn to be a better girl,” Cleary said in a 2014 interview. “I was so annoyed with the books in my childhood because children always learned to be better children, and in my experience, they didn’t. … Her intentions are good, but she has a lot of imagination, and things sometimes don’t turn out the way she had expected.”

When I was a child, there were countless forces extolling the virtues of kindness, generosity of spirit, and a softer, nicer attitude. Matilda told me I could be rescued from unread brutes if only a kindly teacher adopted me. Madeline’s fetishization of standing in straight lines at school just made me hate the French. I also distinctly remember my mother bringing home a book about a little girl trying to become more comfortable with her body, which was actually a parable about how eating disorders are very effective. So many of the books I read either implied it would require extraordinary circumstances to change my life or that I would have to warp and somehow become better. But Ramona was perfect. She was awful. If I met her today, I would indeed find her insufferable, but boy, would I admire her gumption.

I wanted to be a good kid when I was little. I wanted to be a Susan — nicely coiffed, ideally blonde, polite, diminutive, precious. I never had it in me. Cleary’s books showed me that better than being a Susan was being a Ramona: always the main character, always the funniest, always right.

Inevitably, I grew up to be an asshole adult. I have known endless Susans in my life and have settled in the comfortable knowledge that I will never be one. No one thinks it’s cute when I draw my Q’s as cats, but I don’t care. I’ve never improved from my pestilent childhood self, but I’m also not interested in that kind of refinement. Last weekend, I ran into a friend and told him how sad I was about Cleary’s death, feeling a bit like Ramona had left with her. “Are you going to write about how Ramona was the blueprint for your entire life?” he asked, laughing like a real Henry Huggins.

“Yes,” I said, smiling, thinking about how an adult Ramona would crush the back of this jabroni’s sneaker under her toe or sharply pull his hair, how she would make sure he never forgot this minor trespass. “It’s what she would’ve wanted.” ● 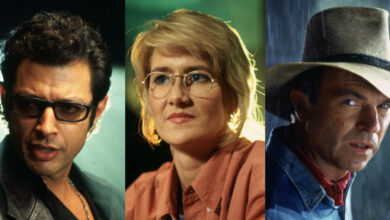 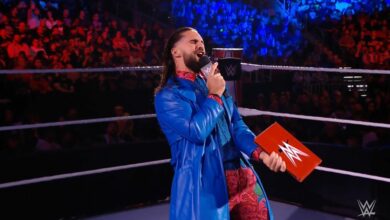 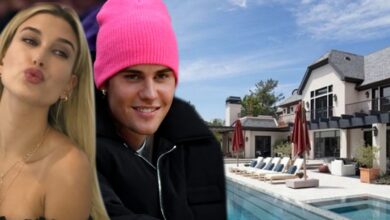 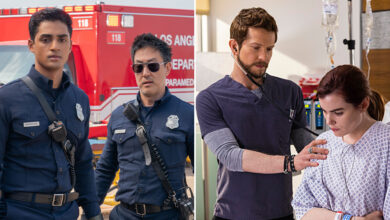