The establishment of the Botswana Energy Regulatory Authority (BERA) is said to have helped uncover non-compliance by most fillings stations, especially on issues of environmental protection.

Out of the 140 filling stations which the Authority inspected upon formation, 84 were found to be non-compliant to the set standards.

Due to the absence of a regulatory body, compliance to the set standards of the industry was mostly voluntary.

BERA, a statutory body formed through the BERA Act of 2016 was established with the primary mandate to regulate the energy sector in the country.

When delivering a Committee of Supply Speech for the Ministry of Mineral Resources, Green Technology and Energy Security, Minister Lefoko Moagi said 140 filling stations were inspected and only 59 were found to be compliant.

“Before the establishment of BERA, compliance to standards was mostly voluntary, however, BERA made them mandatory,” said Moagi.

According to the Minister, most of the non-compliance was around lack of adherence to environmental protection, lack of leak monitoring wells and oil separators at retail sites, and lack of understanding of safety precautions by petrol attendants.

To enhance compliance and competitiveness in this industry, Moagi who is also a Member of Parliament (MP) for Ramotswa told parliament that a Star Rating program for the petroleum service stations has been initiated.
“This program will also allow consumers to participate in assessing the performance of the service stations.” 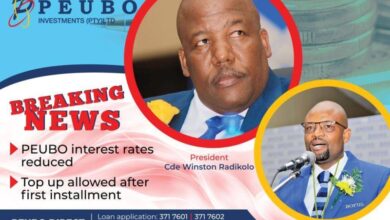 Coronavirus – Botswana: No vaccine manufacturing company has withdrawn from an agreement with Botswana for supply of COVID-19 vaccines