The Bela-Bela Communal Property Association (CPA) situated in Limpopo is regarded as one of the most successful land claim stories and stands as a beacon of success.

It all started after a successful land claim was lodged in 1998. The claim was accepted by the Land Claims Commission and subsequently published in the Government gazette on 7 November 2003.

When the Mabula community’s land claim was finalized, they resolved to do things differently and they are now reaping the sweet rewards of their decision.

The Bela-Bela CPA claimed land, which is situated in the Mabula area of the Waterberg District in the Limpopo Province, includes the well-known Mabalingwe Game Reserve.

After a successful land claim, the Bela Bela CPA started with the construction of the Bela Bela Communal Property Egg Farm in November 2013 and production commenced in 2014 producing 60 000 eggs per day.

During a recent visit to the farm, Chief Executive Officer of the Bela Bela CPA, Lefa Barrington Mabuela, told SAnews that they expanded the farm in 2015 and are now producing more than 110 000 eggs a day.

“We have employed 18 people and 10 of them are young ladies from the community. The plant is highly automated,” Mabuela said.

Mabuela said all the beneficiaries (community) and staff receive food packages from the farm every month.

However, during the lockdown, Mabuela said operations at the farm are severely affected.

“Our operation is seriously affected by the lockdown. Sales dropped and COVID-19 regulations together with the Avian Influenza made us lose many of our customers,” he said.

In terms of the structure, Mabuela said the farm has 8-layer houses with capacities of 15 000 laying hens each.

The eggs produced at the farm are collected by Eggspert Eggs which grades, packages and supplies them to chain stores like Pick n Pay, Shoprite, Checkers, among others.

Some of the successes of the Bela-Bela CPA includes becoming the winner of the 2016 Vumelana Governance Award.

Apart from producing eggs, the farm is in partnership with the University of Venda were final year students in the Department of Animal Science visits the farm and are exposed to the day to day work environment in agricultural sectors and industries.

While visiting the farm, students learn more about poultry farming and the running of the business.

The farm is one of the many farms benefiting from the Poultry Master Plan which was signed in 2019 during the second inaugural South African Investment Conference in Johannesburg.

The Poultry Sector Master Plan was developed in close partnership between government and a number of stakeholders in the industry, including poultry producers, processors, exporters, importers and organised labour.

The poultry industry is the largest segment of the agricultural sector responsible for at least 110 000 jobs.

At the time of the signing, the Minister of Agriculture, Land Reform and Rural Development, Thoko Didiza, said she believes that the plan will provide a framework for a determined effort to grow jobs in the industry through a number of measures that will be implemented over a number of years.

“Significantly, it sets out a new joint vision across the value-chain, identifies five pillars that underpin the vision and creates a Poultry Sector Master Plan Council to monitor and drive implementation of the pillars,” the Minister said.

The Poultry Sector Masterplan seeks to address challenges through a combined strategy which:

a. The output of poultry products to increase by 10% within 3 years.

b. The demand for poultry feed to increase by 300 000 tons per year which will support the maize and soya industries

c. 50 new contract farmers to be established within three years, each operating at a commercial scale and supported by the industry. 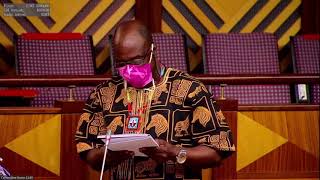 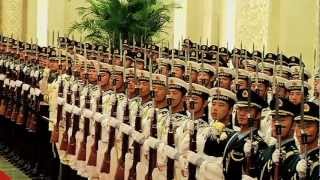 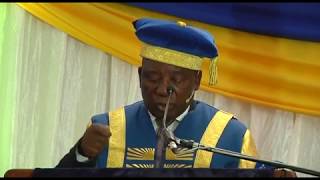