In the days leading up to the show, we were all left feeling surprised that Bayley, a top star for the company and one of the best in the women’s division, wasn’t booked for the card on either night one (April 10) or night two (April 11) of WrestleMania 37 at Raymond James Stadium in Tampa, Florida. Even she didn’t know why she wasn’t, though she took it in stride.

It turns out, WWE found a space for her after all.

Sure, it’s only a backstage segment, though she also showed up ringside to mix it up with Corey Graves and Michael Cole a bit. But it’s actually a pretty funny bit, or at least I laughed when she asked Titus O’Neil if he’s ever heard of her show, “Ding Dong, Hello,” and Titus, deadpan, responds with “I ain’t got cable.”

The nWo laughs, and Bayley even seems to break for just a second before recovering and going into her pitch to help O’Neil and Hulk Hogan as hosts of WrestleMania. She gets blown off, of course.

It wasn’t much, but hey, at least she made it!

That’s more than can be said of the other prominent star from the women’s division who was teasing us with an appearance on this show.

Get complete WrestleMania 37 results and coverage of the entire night one card right here.

Zimbabwe Continues Its March Back to Hyperinflation

Kaia Gerber Gets Ready for the Met Gala | Vogue – Vogue 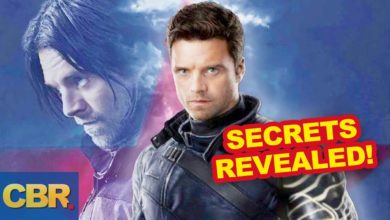