Barry Jenkins is best known for directing two of the most bracingly intimate films of the last decade: “Moonlight” (2016), an Oscar-winning coming-of-age portrait, and “If Beale Street Could Talk” (2018), a haunting drama based on a book by James Baldwin.

But with “The Underground Railroad,” a searing 10-part adaptation of the Pulitzer Prize-winning novel by Colson Whitehead, Jenkins tells a story on a significantly wider canvas, immersing viewers in a sweeping narrative that is at once historical and fantastical.

“The Underground Railroad,” which premieres Friday on Amazon Prime Video, centers on Cora Randall (Thuso Mbedu) after she escapes a Georgia slave plantation and discovers a literal Underground Railroad — a hidden network of tracks and tunnels, engineers and conductors.

In the course of her harrowing journey across the antebellum South, Cora is pursued by ruthless bounty hunter Arnold Ridgeway (Joel Edgerton) and haunted by memories of her mother, Mabel (Sheila Atim), whose mysterious fate gradually comes into focus.

In a Zoom conversation this week, Jenkins reflected on the process of adapting Whitehead’s celebrated work of literature and discussed one of the key cinematic influences on his series. The conversation has been lightly edited for length and clarity.

NBC News: I’m curious about your decision to adapt Colson Whitehead’s novel into a limited series rather than a traditional feature film.

Barry Jenkins: It was one of the first conversations I had with Colson. The novel starts in Georgia, and the series starts in Georgia, as well, and I knew those images were going to be quite loud. I felt like in a feature film, which is a much more compressed format, they might overwhelm or outweigh some of the other images that I think Cora earns in the course of her journey. I always felt like it had to be a series and not a feature.

I also wanted to give the audience some control over how they watch it. When you walk into a movie theater you kind of surrender yourself, you have no control — whereas at home, you’ve got the remote control. You can press pause or fast-forward or rewind, if you choose.

The series contains beautiful imagery and moments of joy. But of course there are so many scenes that are deeply wrenching, brutal and painful. Are you comfortable talking about the environment on set? Did those difficult scenes take a toll?

I wanted everyone to feel like if what we were doing got to be overwhelming, then they had the right to pause, to take a moment for themselves, to have a session with Kim. What she did quite a few times was choose people and pick people out to let them know that she was watching and she was there and she was a resource for them.

We found ways to not let it take too much of a toll on us. But I think, in the question, there’s an answer to something that was really important to me, which was: I didn’t want these images to take too much of a toll on the audience, either. I think, by being aware of that in the creation of them, we found a way to do the work as professionals and artists but also take care of ourselves.

Every episode is so richly detailed, from the production design and the costumes to the texture of life itself: dirt under fingernails, beads of sweat on foreheads. Can you tell me about the research that went into capturing the antebellum South?

You know, a lot of that Colson had already done for us. He’s such a vivid writer. It was very clear that in translation we needed to take some of that texture, as you referred to it, from the page to the screen.

We had a great team on this one, and everybody really dug in and cared deeply about creating a very tactile representation of this history. Even though it’s historical fiction, I wanted it to feel very real.

Our production designer, Mark Friedberg — I think he takes the lion’s share of the credit for this. He had a whole wing of this elementary school where we were based for preproduction. The textures, all the things you’re talking about — he had visual research plastered all over the hallways of the school.

I recently rewatched a video you recorded for the Criterion Collection, where you pick up a copy of the film “Dekalog” and you say: “I felt like I had to see it. The fact that somebody made something that was 10 hours. I was like, ‘You can’t make anything that’s 10 hours.’” But then it occurred to me: That’s what you did.

I totally forgot about that line in the video. It resurfaced as a meme on Twitter this week. I actually bought “Dekalog” off eBay when I was in film school because I was curious. I didn’t realize you could make a 10-hour movie or one director could direct 10 hours of something. I was kind in awe. [Polish director Krzysztof] Kieślowski is a master filmmaker.

[When I recorded the video,] I was doing “Moonlight,” and even at that point it didn’t occur to me, “Oh, I think you might be on the path to do this.” It’s good, though, because I might have felt this pressure to try to live up to Kieślowski or the weight of doing a 10-hour something.

But for me, it was about the scene on the call sheet [a filmmaking term for a director’s daily schedule] that day. It was about that day’s work. It was how we managed to get from Day 1 to Day 116.

What were the films or television shows that were on your mind as you shaped the visual language of each episode?

It’s interesting. There weren’t a lot of cinematic references for us. The paintings of Kerry James Marshall were important for us. The photography of Bill Henson.

But the one film that I did watch was “Stalker” by [Soviet Russian director Andrei] Tarkovsky, where these men are on this rail car and they’re journeying into the “Zone,” which is an alternate reality. It was on [streaming service] the Criterion Channel — I hadn’t seen it in years — and that was the only thing I allowed myself to watch while making this.

We’re in a period where there’s a feeling of existential crisis about the future of brick-and-mortar movie theaters. You’re a filmmaker who takes great care in the audiovisual experience you create. How do you feel about a future where fewer people go to theaters and more people watch films at home?

I think it’s a blessing and a curse. There are some people who, for many reasons, can’t get to the cinema. They can’t afford to, or physically they can’t get there. I do think having the freedom to watch these things at home is a benefit.

However, I also think there’s something very powerful about the shared communal experience and also about the larger-than-life experience.

It’s interesting: “The Underground Railroad” is an adaptation of a book, and I sometimes think that the reason the same story needs to be told with imagery rather than with words is because of this idea of creating something that’s larger than life — and, as an audience member, seeing something that can’t be replicated otherwise.

I think the cinema, the theater, is the most pristine presentation of the art form. I would not be happy about a future where there weren’t theaters. And yet this story that I just told — I think telling it in this medium [TV] was the best way to do it. We need both is what I’m trying to say. 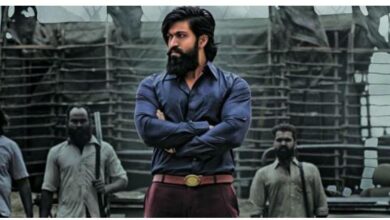 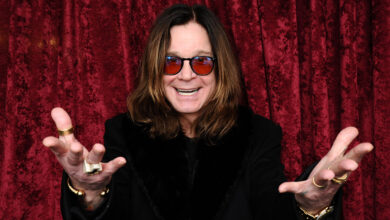 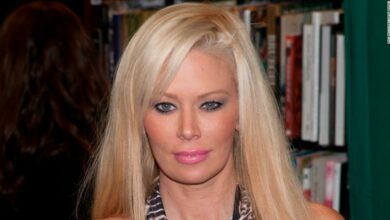 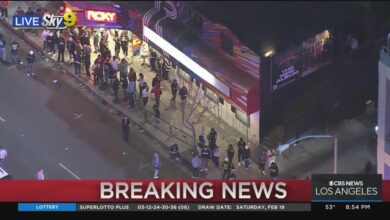