A 13-year-old Masalanabo Modjadji during the Motsepe Foundation national day of prayer in 2018.

“Our throne is not attached to any gender,” says the regent of the Balobedu tribe in Limpopo Mpapatla Bakhoma Modjadji.

He was giving a media briefing hosted by the Modjadji Royal Council on Monday following the surprise announcement last week that Lekukela Modjadji would officially take over the throne in the rainmaking kingdom, instead of his sister Masalanabo.

Mpapatla Bakhoma, is the siblings’ uncle and was appointed regent after their mother, the late Rain Queen Makobo Modjadji, died 16 years ago.

The government recognised the Balobedu queenship in 2016, paving the way for the 16-year-old Masalanabo to become Rain Queen VII when she turns 18. However, instead of being queen, she will now take the role of the khadi-kholo (great aunt) in the royal family. The Limpopo queenship dates back to the 1800s, when Maselekwane became the queen and ruled the tribe until 1854.

Although kings had ruled the Balobedu tribe before the 1800s, many have slammed the appointment of 24-year-old Lekukela, saying that the matrilineal line of succession should not be broken.

Prince Lekukela is expected to be inaugurated as the Balobedu King on 1 October 2022.

Addressing the media on Monday, Mpapatla said the Balobedu nation has been led for 200 years by male rulers and more than 200 years by females.

Our throne is not attached to any gender. The terms king and queen are foreign to us. But, to accommodate other languages, we will use king and queen to avoid confusion. Our traditional rainmaking ceremonies have always been part of our culture, regardless of whether the ruler is male or female.

“Rainmaking is a process led by a kgosi and involves the broader community that participates in the yearly ceremony. It would be wrong to attribute this sacred process to a single individual when it is a collaborative effort.”

“When the Royal Council in 1800 decided that time has arrived for queens to ascend to the throne, our customs had to be modified such that queens should not marry. Therefore, all children born to the queen – myself included – shall have no claim to paternity,” he said.

Previously, Balobedu Royal House spokesperson Phethole Mampeule told News24 that Masalanabo was not prepared to take over the throne because the royal house could not properly train her.

We were unable to prepare her because in terms of our culture and tradition, the children of the incumbent, especially the queens, there is no one who is allowed to claim them as a father. From the beginning, people were claiming to be the father – which is taboo.

Mampeule said at the time there had been a group of people who were, “… gunning for this position”, who had “snatched” Masalanabo and taken her away after her mother’s funeral.

It was not clear whether Mampeule was referring to ANC MP Mathole Motshekga, who was granted temporary custody of the princess by the Randburg Magistrate’s Court after her mother’s death in 2005. The custody runs until Masalanabo turns 18.

The MP recently accused the Royal Council of being “illegitimate” and accused its members of appointing a “puppet” as an heir in order to steal Balobedu public funds.

On Monday, Mpapatla Bakhoma said Masalanbo would be given a senior position as the great aunt in the Modjadji kingdom when she comes of age and undergo the sacred process to strengthen the Modjadji dynasty.

He said their nation has always been of great interest to local and global communities because of their rich history, heritage, and unique cultural practices.

He added that the elders and the Royal Council decided that he will remain as regent until Lekukela is inaugurated.

Mpapatla Bakhoma said: “It is indeed sad that the respect and famous Modjadji dynasty has arrived where it is today at a time where the world is ruled by social media, where people end up not knowing who to believe,” adding:

We want to emphasise that the Modjadji royal family, royal council, our respected traditional leaders and seniors are united, solid and firm with our decisions. Problems in the monarch arose in 2005 after the death of the queen.

He said the Royal Council had taken a resolution that Lekuleka would be next in line to the throne and that fearing for his safety and the unnecessary attention that had been placed on him, as per custom, they had agreed to keep it a secret that he would ascend to the throne.

“Hiding the next heir to the throne has always been our culture,” Mpapatla said. 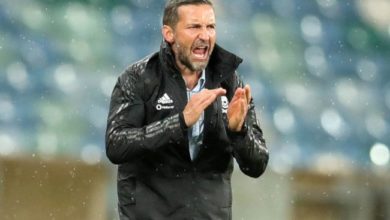 Pirates leave it late to draw with Swallows