Bachelor alum Bekah Martinez shared an upsetting incident that happened Friday while she was walking in her neighborhood with her two children.

In a Friday Instagram post, the 26-year-old, who starred on Season 22 of The Bachelor, wrote that she was taking a walk while holding hands with her daughter Ruth, 2, and pushing her son Franklin, 9 months, in a stroller when a stranger passed by on a skateboard and sexually assaulted her.

“I was just out taking a walk, looking like this, pushing my sleeping baby and holding hands with my toddler, when a teenager skateboarded by and grabbed my ass,” Martinez wrote along with a photo of herself “I felt totally powerless as I screamed at him. ‘THAT IS NOT OKAY. WTF IS WRONG WITH YOU?’ I wanted to chase him down and pull him off his skateboard. Punch him in the back. Do something, anything to get through to him that what he did was so wrong.”

Martinez added that the moment had not only been scary for her, but also for her toddler. “Ruth was so shaken,” she wrote. “She kept repeating in her 2-year-old voice, ‘You okay, mommy?’ I’m not okay. I’m mad.”

The Chatty Broads podcast co-host added, “I’m mad that this kid felt bold enough to touch me in the middle of the day, in a neighborhood, with my children by my side. What the fuck is he going to do to a woman when he’s an adult in the cover of night?” She also recalled a similar incident that happened years prior writing, “I hate this. I hate that this is the world my daughter will grow up in.”

Martinez continued the conversation in her Instagram Stories. “All I can think of is how Brock Turner only got 3 months in jail after he was CAUGHT BY WITNESSES sexually assaulting an unconscious woman,” she wrote, referring to the Stanford University student convicted of three felonies for sexually assaulting a woman named Chanel Miller behind a dumpster on the college campus in 2015. Turner was later sentenced to six months in a California county jail but was released after three. “Our society and laws protects rapists and predators,” Martinez continued. “I don’t care if they’re minors or ‘promising athletes’ or business owners or ‘really nice guys’ or whatever. I don’t care if they’re your friends or family and you ‘don’t think they’d do that.’ Men who sexually assault people in any way are a danger to society, period.”

Martinez went on to defend all victims, “It doesn’t matter if you’re a sex worker,” she wrote. “…It’s not your fault. No one deserves or asks to be sexually assaulted.”

She also called out violence in mainstream pornography: “That consistent exposure to visual sexual violence is a huge problem,” she said adding, “Women who are open about their sexuality and ‘flaunt’ their bodies? No. Sorry. Nope…Men know they aren’t entitled to touch a woman’s body because it looks good. But they do it anyway.”

Women from the reality TV sphere jumped into the comments section of Martinez’s post to offer their support. “I feel sick,” wrote former Vanderpump Rules star Kristen Doute. “This should never be a norm or something we expect to happen or should shrug aside. Thank you for speaking out.”

“I’m reading this while blow drying my hair and had to stop and go sit down because I got so internally hot and angry,” wrote Bachelor star Becca Tilley. “My blood is boiling.”

Martinez ended her original post with a call to action. “I don’t care what you have to do to teach your sons to respect the people around them,” she said. “I hate knowing that there are predators around every turn, every corner. And the world will always be unsafe for women.” 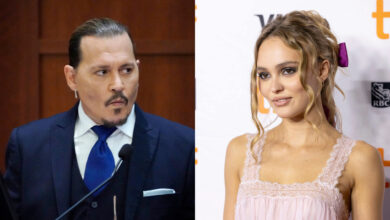 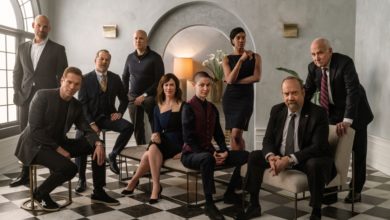