Former Transnet chief financial officer Anoj Singh on Friday revealed the name of a witness whose identity had been hidden for security reasons since the witness gave evidence that heavily implicated Singh before the Judicial Commission of Inquiry into State Capture last year.

Singh, who was making his first appearance before the commission, largely rejected the evidence by a man known as “Witness 3” before letting his name slip out.

The unexpected disclosure of the witness by his first name was followed by an awkward silence in the room, before Deputy Chief Justice Raymond Zondo called for an adjournment of proceedings.

The protection of witnesses has come under sharp spotlight at the commission following the attack of Witness 1, who also gave evidence before the commission last year.

Last week it was reported that Witness 1 had survived a gunshot ambush, in what he told media he believed was an attempt on his life.

Singh denied the version put forward by Witness 3, which suggested that he may have been handed a bagful of cash by men of Chinese descent while attending an executive meeting outside the Transnet offices at a lodge in Vereeniging in July 2014. The men had walked into the venue carrying a maroon sports bag which Singh later asked Witness 3 to take to his car.

Witness 3 said he discovered that the same bag was still in car when he wanted to take the vehicle to be washed at the end of the week. The witness said he noticed that the bag was lighter than it was when he had taken it to the car in Vereeniging, and when he opened it, he saw rolls of R200 notes. He said he alerted Singh by SMS, who then came down to collect the bag.

It was during that time in his evidence that Singh mentioned the man’s first name.

Singh called the recollection of events by Witness 3 a “fabrication”.

The witness had also testified about the many times that he had driven Singh to a Knox Vault safety deposit box facility in Houghton where he would go following visits to the Gupta home.

Singh admitted that he had four to five safety boxes at the Knox Vault, where he kept family valuables such as jewellery, documents and cash. He said an amount of up to R100 000 in cash was kept in the vault.

Evidence leader Advocate Anton Myburgh wanted to know the source of the funds.

“It was from a number of sources, I was involved in a family business, in some instances I engaged in gambling from time to time, particularly in casinos, horseracing and I also did some financial consulting work,” he said. He said he visited the vault at least once a month.

But while he rejected the credibility of Witness 3 and his visits to the vault, he said the witness might have been fed information by someone working for the commission who had a list of individuals who had security boxes at Knox Vault.

It is not the first time that the name of an undisclosed witness has been divulged by an implicated person. Last year, former SAA chair Dudu Myeni named a protected witness as she rejected his evidence. The act prompted a strong rebuke from Zondo.

As a chief financial officer of Transnet and later Eskom, Singh was a central figure in transactions involving tenders and procurement of loans by the two state-owned entities which are at the heart of state capture allegations.

His professional conduct has seen him face disciplinary charges by the South African Institute of Chartered Accountants (Saica). The professional body later terminated his membership it found him guilty of 12 out of 18 charges of misconduct against him. 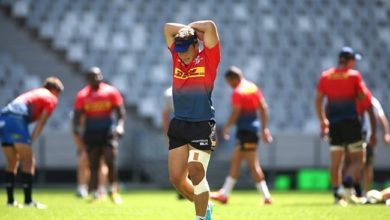 Is Kade Wolhuter the missing piece in Stormers flyhalf puzzle? 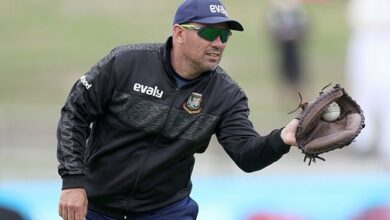 Can Domingo, Prince and Bangladesh do Proteas a massive favour against Aussies?

Covid-19: You will have to re-apply for special R350 grant – Lindiwe Zulu