Fuel prices are rising for millions of Australians, as pump prices are hit by global ripples of a cyber-attack in the a US and conflict in the Middle East.

Petrol prices are on the rise for millions of Australians, who are being advised to shop around as pump prices are hit by the global ripples of a cyber-attack on a major US fuel pipeline operator and conflict in the Middle East.

Sydneysiders are being warned that fuel prices are on the up, with the average price of U91 unleaded petrol in Central Sydney at 152.5 cents a litre.

The ACCC says that prices are increasing, but that if motorists shop around they may find some retailers that have not yet increased prices.

There’s better news for Melbourne, Brisbane and Adelaide, where prices are starting to drop.

“If possible, motorists should delay buying petrol until later,” the ACCC said.

The global fuel market has been rocked due to the conflict gripping the Middle East and the cyber-attack in the US.

The Colonial Pipeline, which operates the US oil conduit shut down for days by a cyber attack earlier this month.

The key American fuel pipeline, which runs from the Gulf coast to the Atlantic northeast, was subject to a ransomware attack on May 7, forcing the US government to declare a state of emergency.

The pipeline carries around 2.5m barrels of refined fuel a day, accounting for 45 per cent of the east coast’s supply.

The pipeline’s shutdown caused panic buying in the eastern United States and a spike in gasoline prices as Washington waived clean air regulations and rules on shipping and trucking to alleviate shortages.

This week, a spokesman for the pipeline said it had resolved a temporary server disruption that did not affect the flow of petroleum products.

Meanwhile, Australia’s regional market for petrol is Asia Pacific, with the hub in Singapore.

Changes in Singapore prices can take around two weeks to work their way through the supply chain to Australian cities and even longer to reach regional areas, according to the Australian Institute of Petroleum.

And each capital city has its own petrol cycle where petrol retailers deliberately adjust prices.

'Knocking' on the rise - Namibian 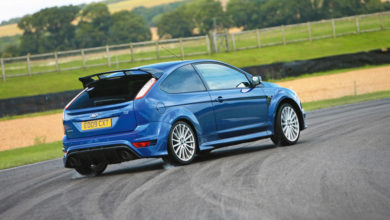