Vaccinated Australians will be able to head overseas again to visit family and friends when 80% of the adult population is fully vaccinated under a national pandemic exit plan, the prime minister says.

But there’s no target date for when that might happen and one premier has already suggested they might not follow the revamped roadmap agreed to by state and territory leaders on Friday.

The country is currently in phase A. Lockdowns will be “less likely” under phase B which will be triggered when 70% of the adult population has been vaccinated against Covid. That could happen by the end of 2021, Scott Morrison said, “but that is entirely up to how the nation responds to this challenge we’re setting for ourselves”.

Morrison revealed the triggers to move to the next two phases – the 70% and 80% vaccination rates – after Friday afternoon’s national cabinet.

However, in a sign of continuing tensions in the federation, the West Australian premier, Mark McGowan, later told reporters his state “reserves the right to lock down” even after that 70% adult vaccination target was reached.

He also conceded invoking short, sharp lockdowns at the very early stages of an outbreak was currently the best health and economic response to the highly infectious Delta variant – an approach that has been favoured by many states and territories.

But Morrison stopped short of expressing regret for his past comments applauding the New South Wales premier, Gladys Berejiklian, for resisting a hard lockdown when Delta case numbers were rising in Sydney in June.

“We all humbly learn from these things and we make the adjustments and get on with it,” Morrison said.

Phase A: vaccinate, prepare and pilot

Addressing reporters outside the Lodge in Canberra, Morrison said he and state and territory leaders had reached in-principle agreement on an updated version of the four-stage opening up plan.

Australia remains in phase A, called “vaccinate, prepare and pilot”, in which the aim is to strongly suppress the virus for the purpose of minimising community transmission. That includes ramping up vaccination rates and deploying “early, stringent and short lockdowns if outbreaks occur”.

At present, just 18% of Australians aged 16 and over have received two vaccine doses.

The planned benchmark, based on yet-to-be-released modelling by the Doherty Institute, for moving to phase B of the plan is when 70% of the eligible population (those aged 16 and over) have received both doses of a Covid vaccine.

Morrison said the plan allowed for individual states and territories to move into the next phase at slightly different times. First, the entire nation would need to reach the 70% target overall, and then the state or territory in question would move into the phase when it individually achieved the same target.

“So, it is like a two-key process,” Morrison said.

He said he hoped Australia could move to phase B – called the “vaccination transition phase” – by the end of 2021. That phase aims to minimise serious illness, hospitalisation and fatality as a result of Covid-19 “with low-level restrictions”.

Under phase B, lockdowns would be “less likely” but still “possible”. It would include an easing of restrictions on vaccinated residents, with those details yet to be decided.

The planned trigger for moving to phase C is more than 80% of over-16s having received two doses of a Covid-19 vaccine. Then, leaders would only ever pursue “highly targeted lockdowns”.

Morrison didn’t reveal when this was likely to occur.

Final phase: target not yet determined

Leaders have not yet set a trigger point for the final phase – when restrictions would be loosened even more – because, they said, it was too soon to assess the situation.

When asked whether there was anything stopping individual states from taking a more conservative approach and delaying moving to the next phase once they reached the specified triggers, Morrison said the residents in those jurisdictions “would be very disappointed if they were held back along those lines”.

“There was certainly a good consensus today that this has to be a national plan and that we had to move together, hence why we took the decision that the whole country has to get there on average first before any individual state can move into that next phase,” the prime minister said.

Drawing a comparison with the United Kingdom, he added: “This is not about freedom days and things like that. We’ve always been in Australia taking our own path to this. We have made our own Australian way through this.”

Morrison declined to say whether he envisaged losing the next election, due by mid-2022, if Australia was unable to reach the 70% target, saying he did not intend to respond to that part of the question. But he said he believed “we can get there by the end of the year to 70%”.

He said he had been “greatly encouraged” by the increased take-up of the AstraZeneca vaccine.

Earlier on Friday, the defence minister, Peter Dutton, made a direct appeal to people across Australia not to wait for the Pfizer vaccine, saying the Delta variant “can spread very quickly” and “you only need one or two super-spreader events before you lose control of this thing”.

Dutton implored people not to listen to “some of the rubbish online and to the extremists in this debate” who promoted hesitancy about AstraZeneca. “AstraZeneca is safe and people should have that vaccine as quickly as possible,” Dutton said.

Labor’s health spokesperson, Mark Butler, had previously said it would be “an utter disgrace” if Morrison did not release the Doherty Institute’s modelling after Friday’s national cabinet meeting.

At a Senate Covid committee hearing on Friday, officials revealed there were currently 1,279 returned travellers staying at the Howard Springs quarantine facility in the Northern Territory, well short of the maximum capacity of 2,000.

The Department of Foreign Affairs says there are currently 38,523 Australians registered as seeking to return home from overseas, but it notes that includes 6,039 who reported not wishing to come back until at least October.

In Indonesia – which recorded a record 2,069 Covid deaths on Tuesday – about 780 Australians are registered as wishing to return home. The Australian government hopes to arrange a facilitated flight to carry people from Denpasar to Howard Springs on 18 August. 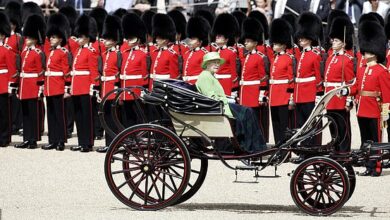 Heathrow Airport: Which countries could be moved onto the green list in today’s travel review – including Turkey, Pakistan and Mexico 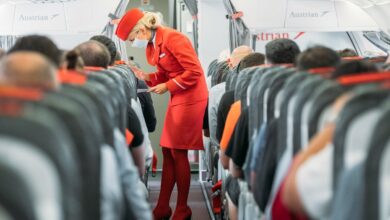 The ‘British Holiday Experience’ is regressing to Fawlty Towers levels